I was all set to explore the megacity of Kolkata to kick-off my very first adventure in the South Asian countries of India and Nepal. A two day tour of the city was my introduction to the enigmatic land that was India.

It did not go on a very good start. I got cheated on my first day in India! Long story short, I had grossly underestimated how chaotic and crazy cities in India could be. Having lived my whole life and traveled frequently in the developing world, I thought I’d be ready for whatever India threw at me. I was proved wrong shortly after stepping out of Kolkata’s glitzy modern airport and advancing into the city’s massive suburban sprawl. The maddening chaos of the city initially overwhelmed me but what really put me off was getting scammed into buying overpriced train tickets and staying at an awfully shabby hotel.

After regaining enough courage to continue my journey, I spent the rest of the afternoon at the Maidan, Kolkata’s largest urban park. I felt a lot better after seeing more of the city and acquainting myself slowly of its many quirks. Outside the tourist-heavy spots, especially in the vicinity of Sudder Street, the locals were rather nice and genuinely helpful.

The next day, I did a self-guided walking tour of BBD Bagh and Barabazar, Kolkata’s central business district and largest wholesale market respectively. There were a lot of interesting old buildings around these areas that had survived as a reminder of the city’s prominence as a former capital of India under the British Raj.

The sights, smells, and sounds of the ‘real’ India totally surrounded me as I walked through crowded market streets and office blocks. I totally loved the experience! It seemed chaotic, at first, but once I stopped, backtracked, or had taken the time take a better look, there was a sense of order that could be found.

Hope you enjoy these photos of Kolkata from my two day walk-a-thon: 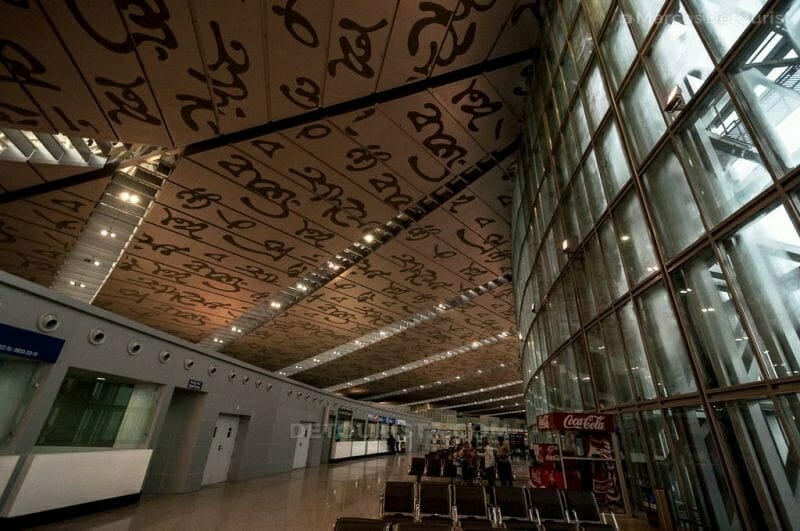 International Departure Hall of Netaji Subhash Chandra Bose International Airport in Kolkata, India. The abstract Bengali script on the ceiling was inspired from the manuscript of poet Rabindranath Tagore, the first non-European to win the Nobel Prize in Literature.

Cloudy sunrise at Kolkata International Airport. Taxi drivers hovered around me as I walked out of the airport gate. I walked past them and found a shared taxi that took me to Dum Dum Station, the nearest station on the Kolkata Metro, the frist underground railway system in India. 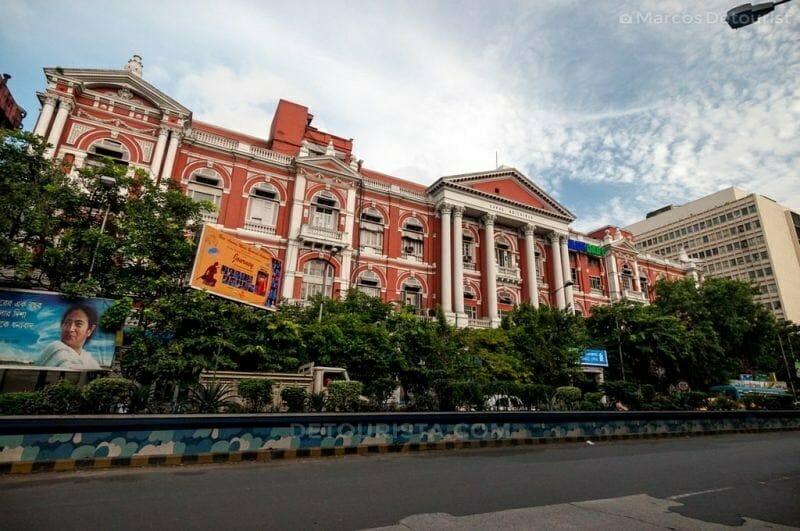 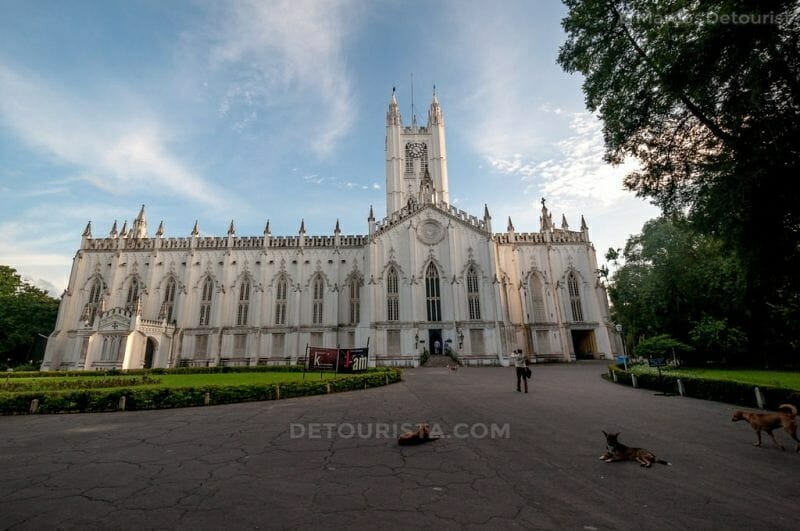 Built in Gothic-revival style and completed in 1847, the St. Paul’s Cathedral serves as the seat of the Diocese of Calcutta. 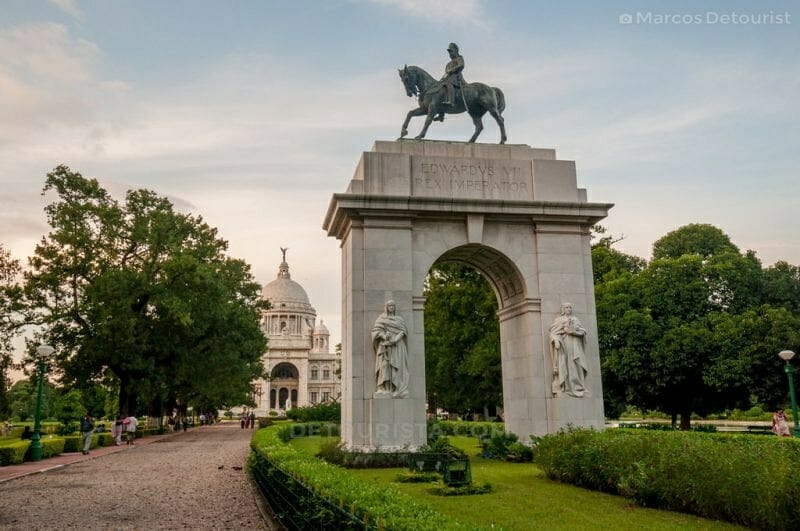 King Edward VII Arch on the ground of Victoria Memorial, an imposing marble building in the Maidan, Kolkata. It was built between 1906 and 1921 to honor the memory of Queen Victoria.

Statue of Lord Curzon near the entrance.

Me at Queen Victoria Hall. 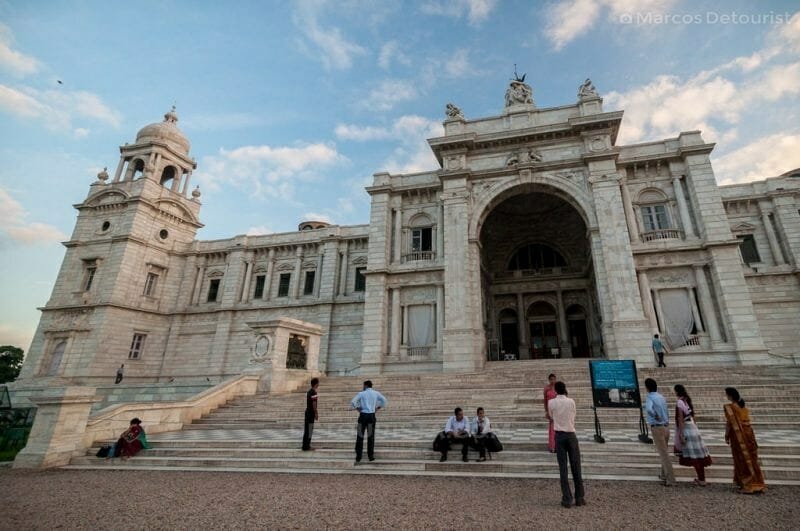 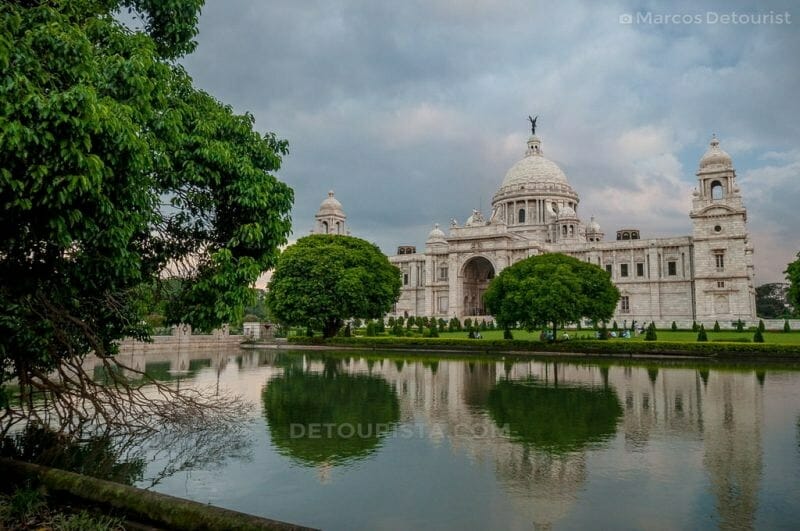 View from the reflecting pond on the north side. 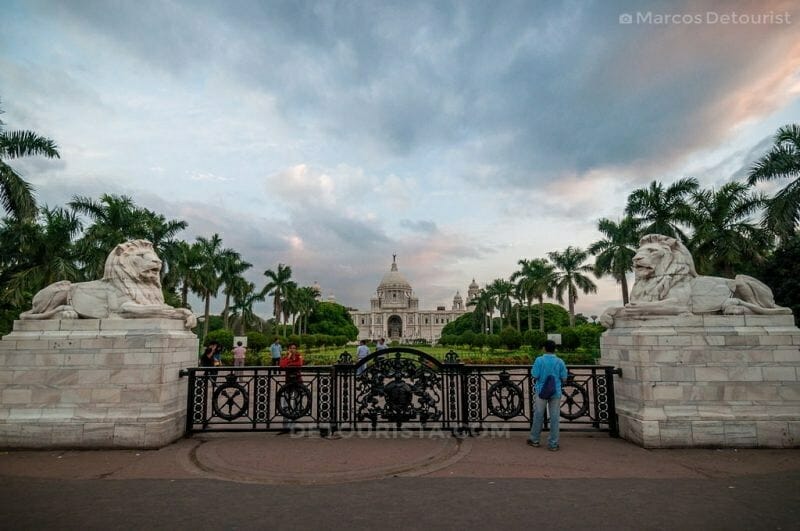 Sunset twilight from the north gate of Victoria Memorial Hall. 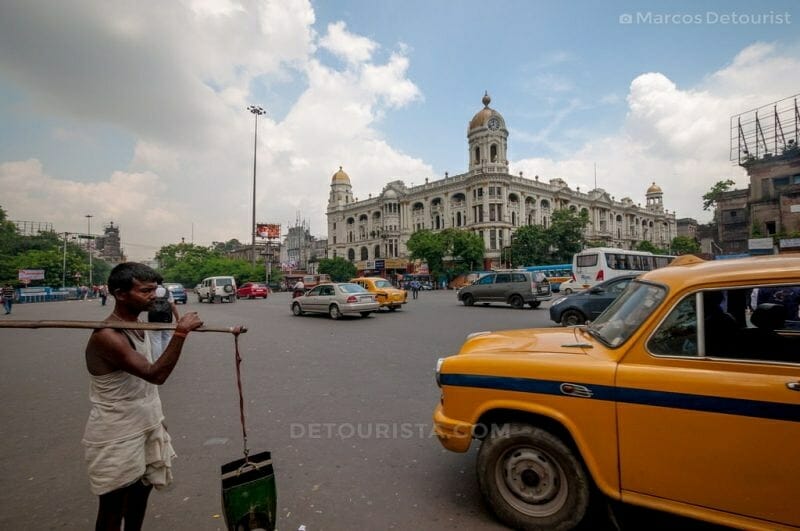 Intersection along Chowringhee Road at the corner of the Metropolitan Building. 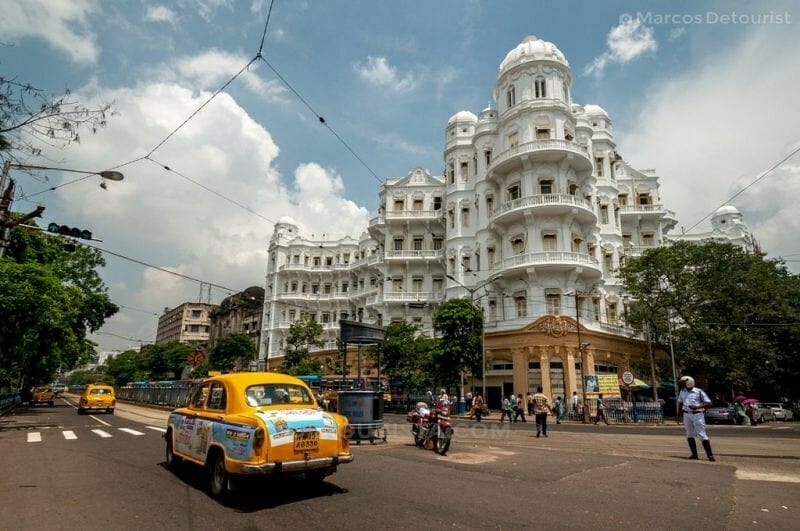 Babughat Ferry Landing along the Hooghly River, a great river that separates the cities of Kolkata and Howrah. 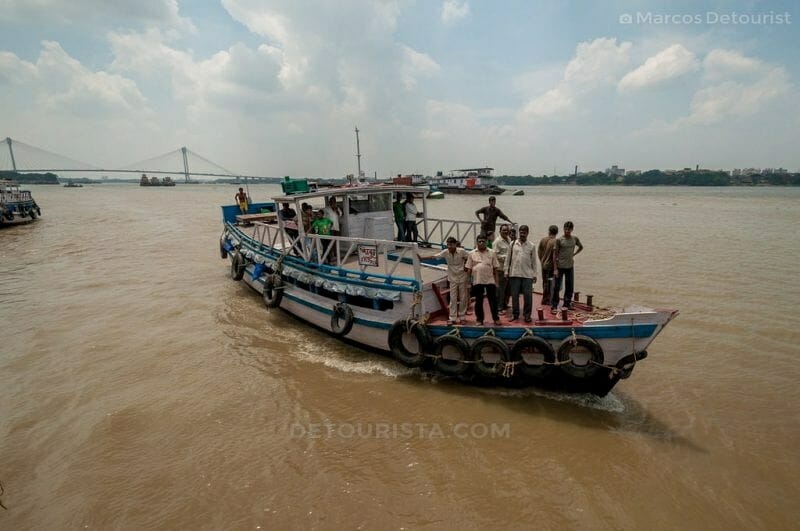 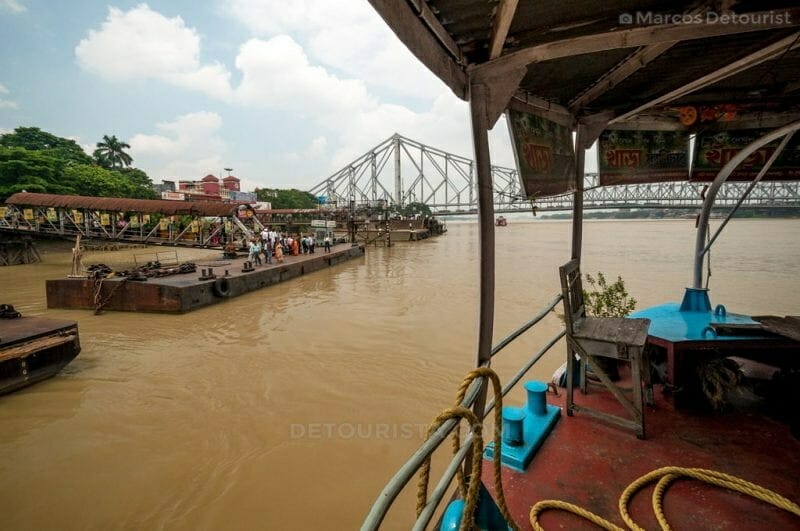 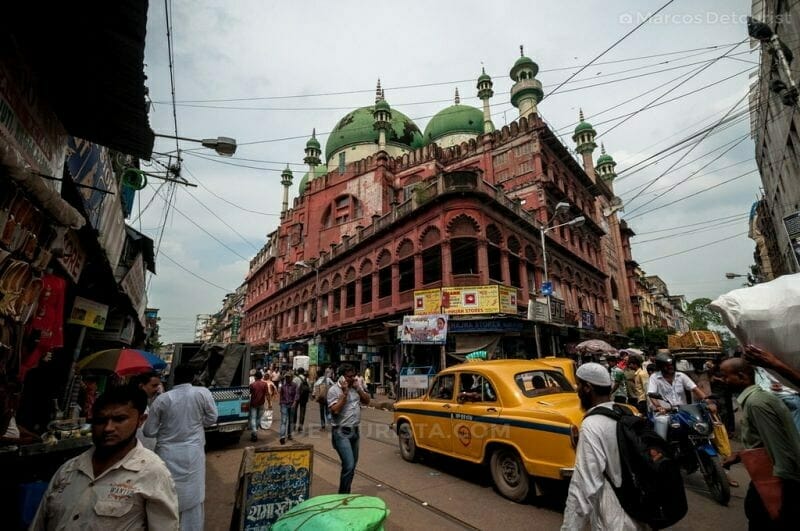 Nakhoda Mosque tucked inside the busy market of Bara Bazar. 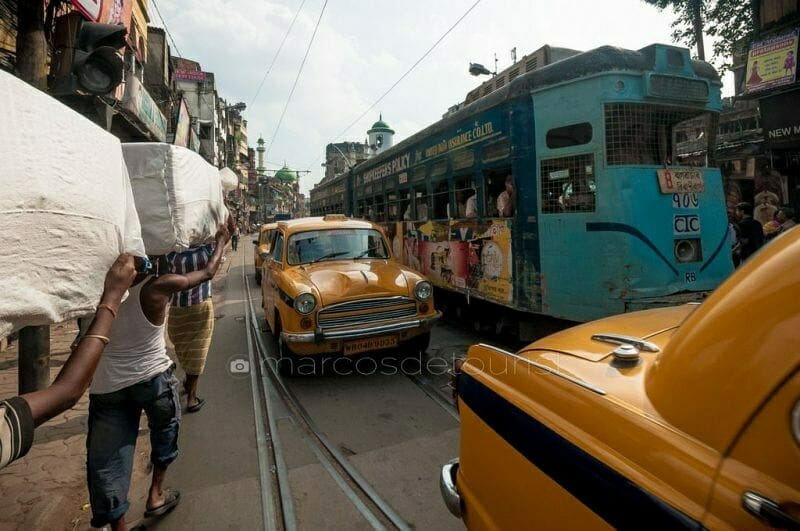 The organized chaos of Bara Bazar, the commercial nucleus of Kolkata and one of India’s largest wholesale markets. Kolkata’s tram system is the oldest operating electric tram in Asia. 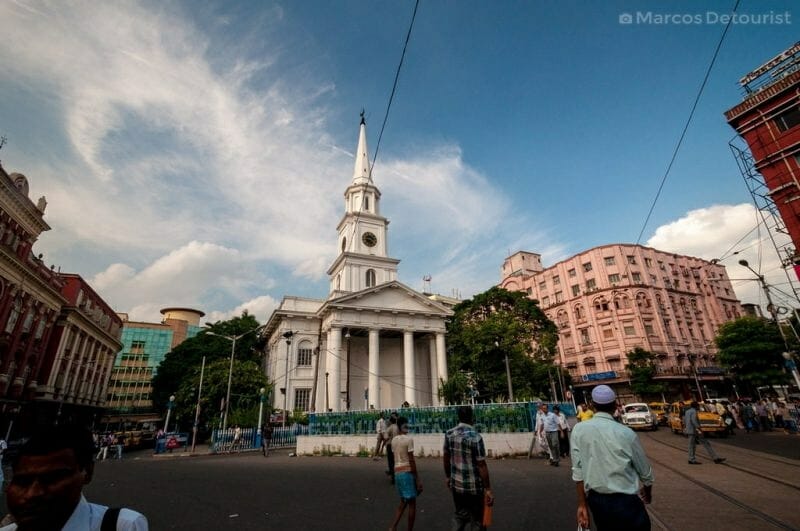 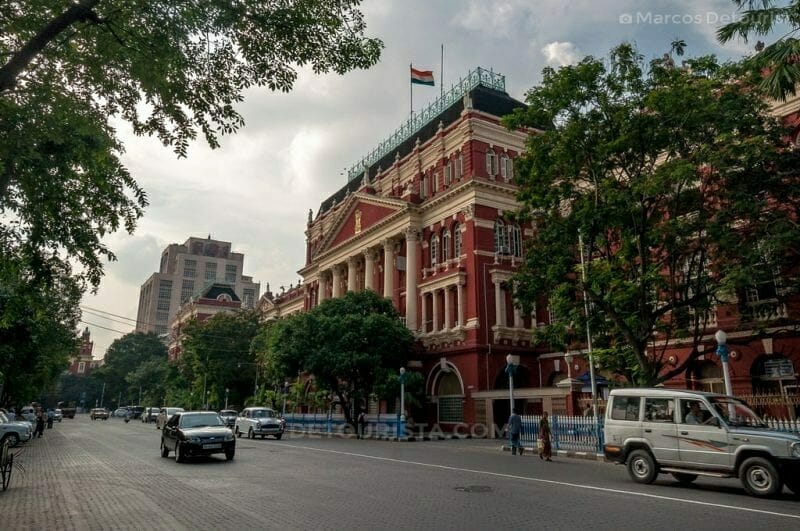 Writer’s Building, one of the most famous buildings at BBD Bagh, Kolkata.

Corner of the Writer’s Building. 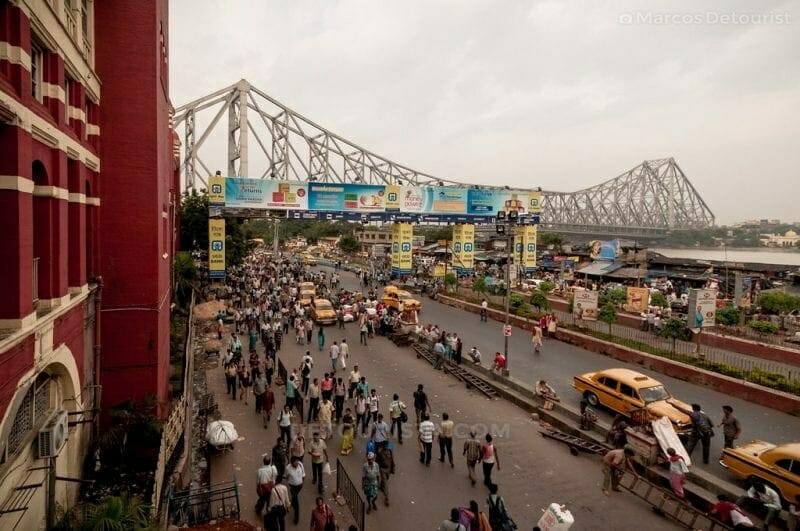 Sunset view of Howrah Bridge from one of the balconies at Howrah Junction Railway Station, the oldest and largest railway complex in India. 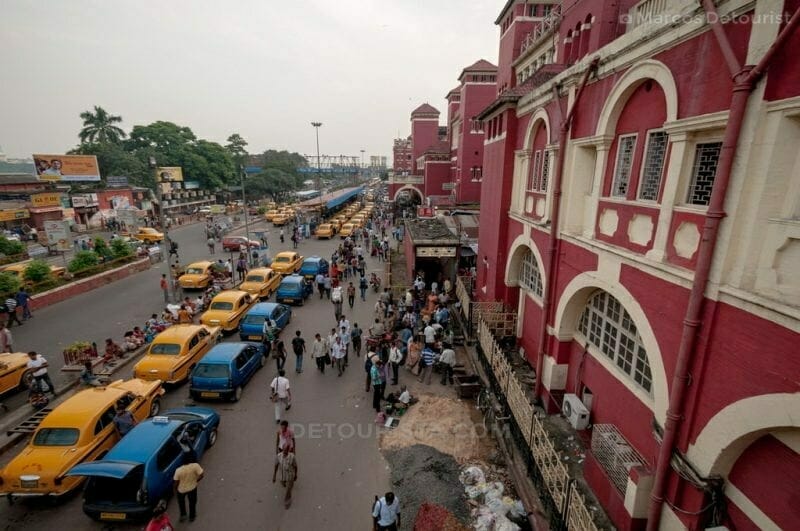 Taxi lines and commuters at the Howrah Railway Station. 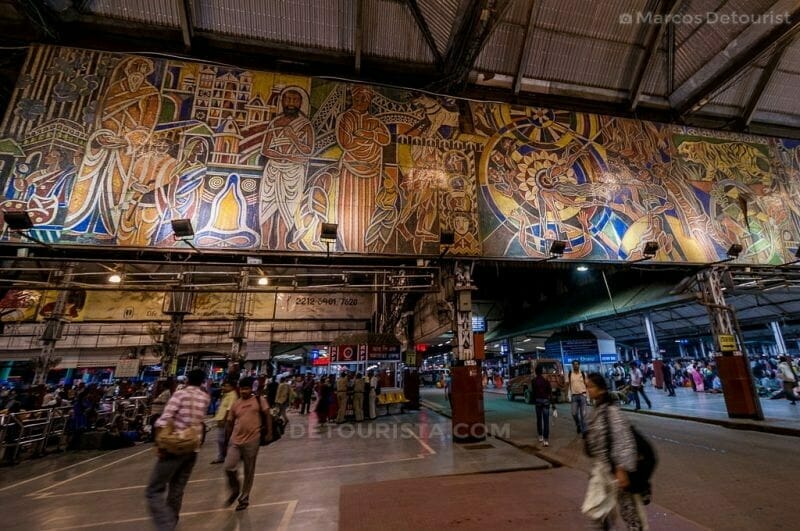