You may have already known of Brunei as a small yet wealthy nation.

If not, this easily missed sultanate is known for having the largest oil fields in Southeast Asia one of the world’s highest standards of living.

Inspire your trip in Brunei with these must-visit places and things to do for first-time travelers. 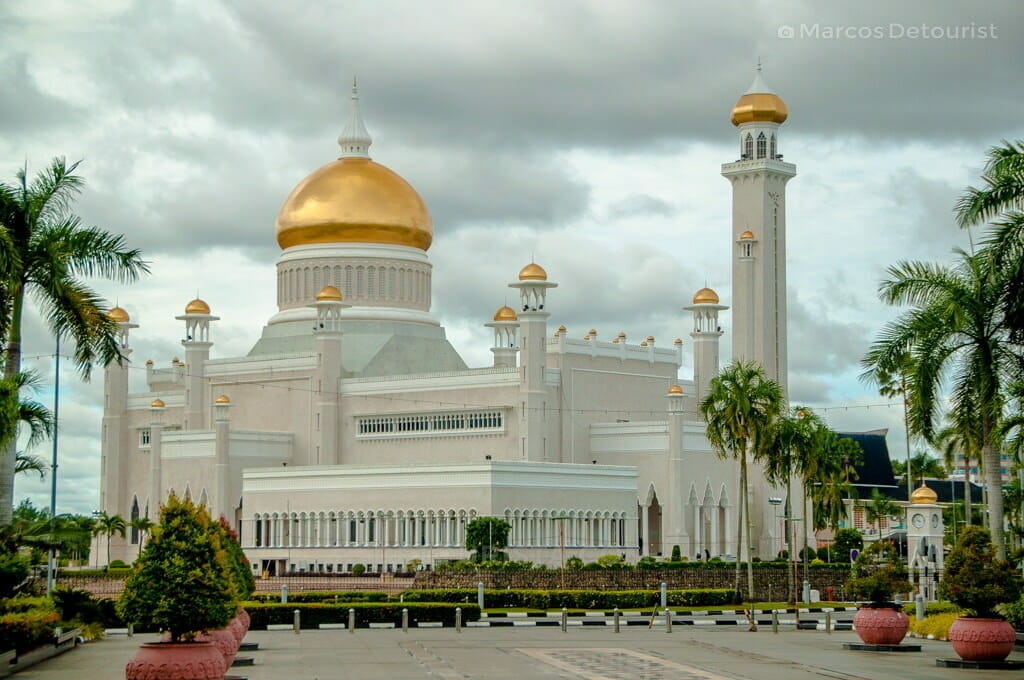 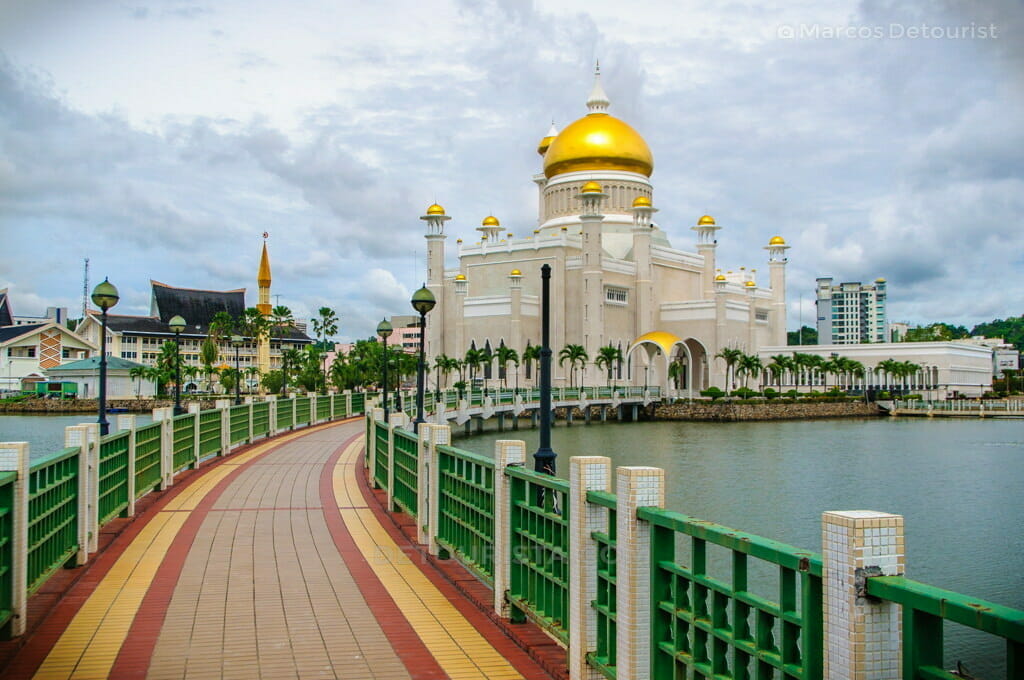 Omar Ali Saifuddien Mosque towers over the laid-back city of Bandar Seri Begawan, Brunei’s capital. This lavish mosque is the country’s most famous landmark and among Southeast Asia’s most beautiful places of worship.

Located along Jalan McArthur, smack dab in the center Bandar Seri Begawan, Omar Ali Saifuddien Mosque is really easy to spot thanks to its towering golden-topped towers. It is an easy 5 to 15 minute way away from most hotels in the city center.

See also: Places to visit in Malaysia | Where to go in Indonesia.

To help with your trip planning, I’ve added links to the locations on Google Maps. Feel free to click/tap on the links posted. Then, use the “save” feature on the Google Maps app for easy reference. I’ve also shared photos from my Instagram feed. Use Instagram’s save feature for quick access to your travel/feed goals. 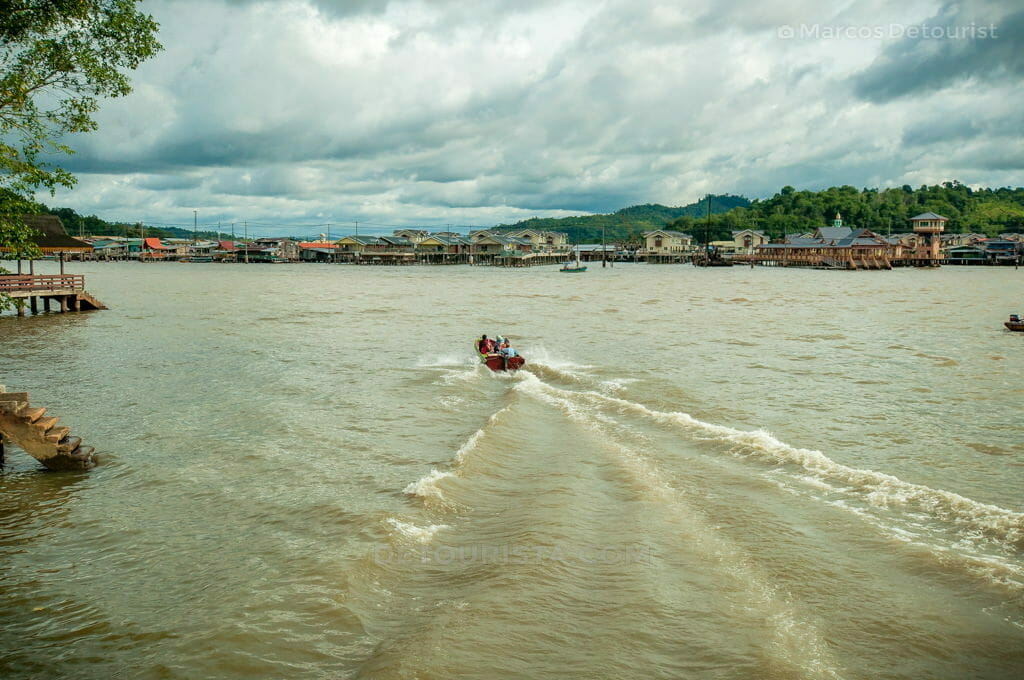 Kampung Ayer, which means “water village” in Malay, is one of the largest stilt house settlements in the world. It is located across the river from the city center of Bandar Seri Begawan. Flag a water taxi (ferry) from the waterfront for a quick tour around Kampung Ayer to see local life in the village.

Kampung Ayer is located across the river from the city center. You can already see it standing on one of many riverside promenades. A ferry crossing to the other side costs BND 1. From there, you can walk around the stilt-supported pathways and see the village up close. 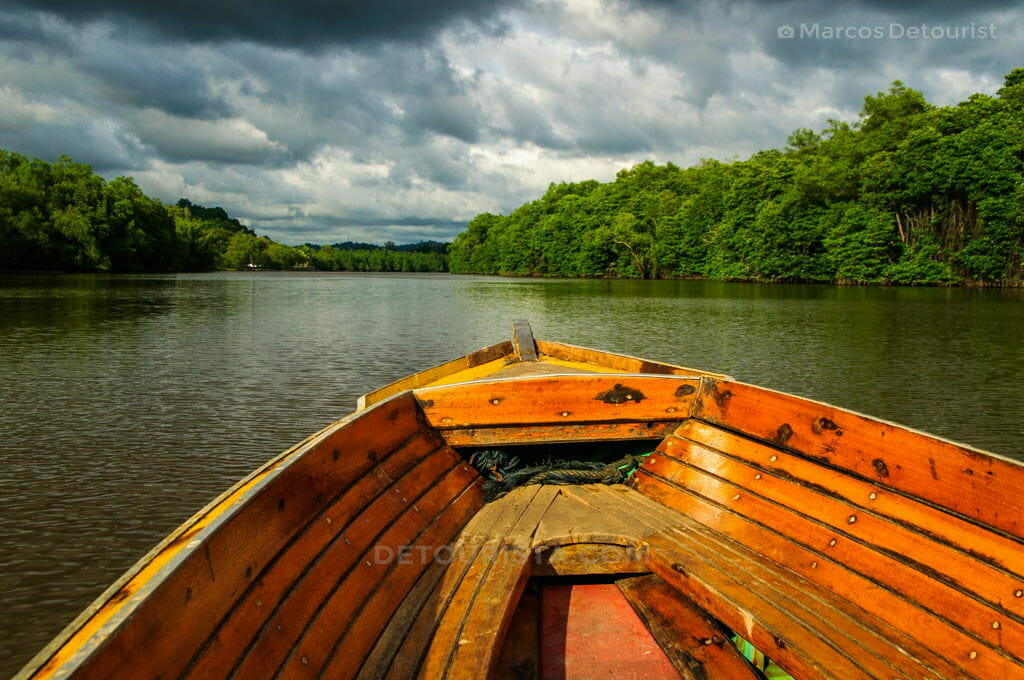 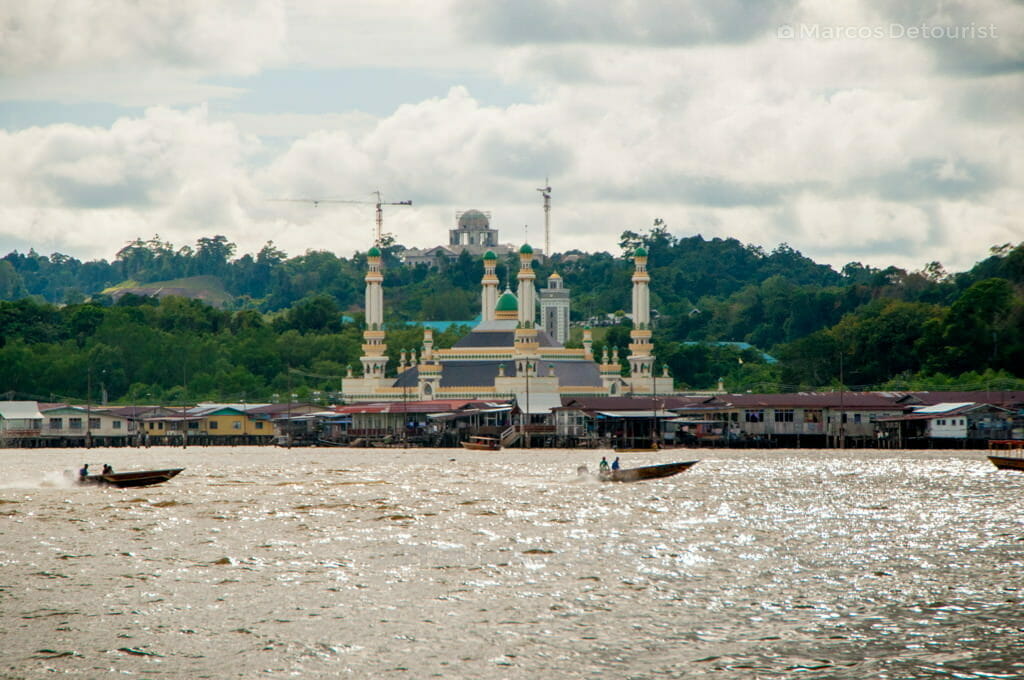 Mosque at the stilt village in Bandar Seri Begawan, Brunei 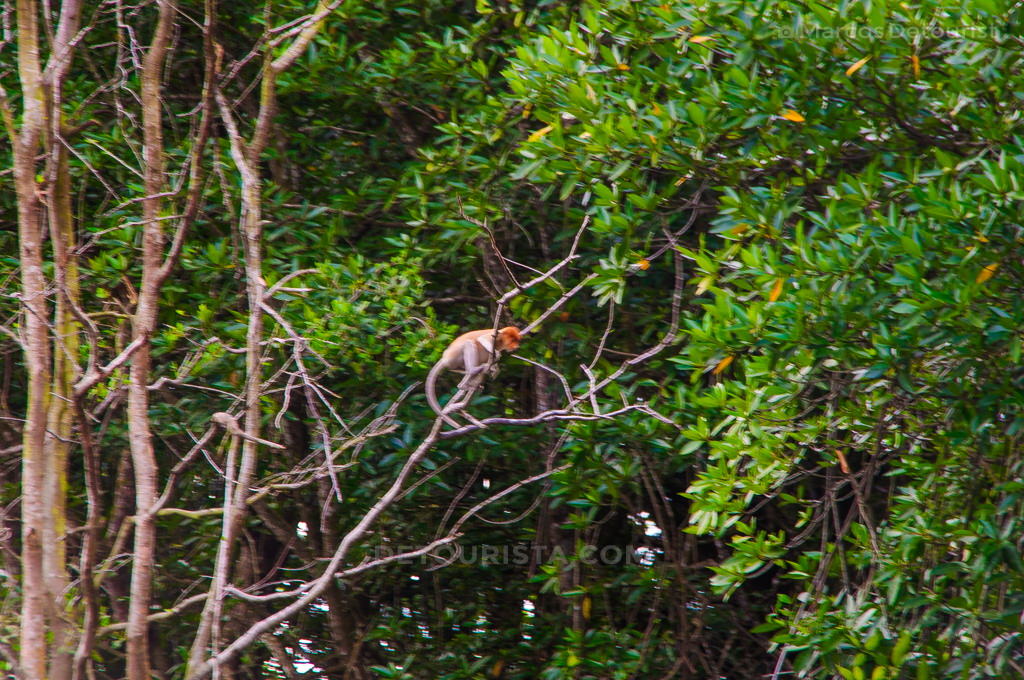 After a quick spin around the water village, venture out of the city center and explore the scenic mangrove-lined Brunei River. The highlight of this trip, if you are lucky, is getting to see Proboscis monkeys in the wild.

Either join an organized tour or charter a river taxi from the city center. If you are lucky, you can spot Proboscis Monkeys hanging on the mangrove forest, a couple of kilometers down the Brunei river. River taxi charters usually cost less than BND 20. 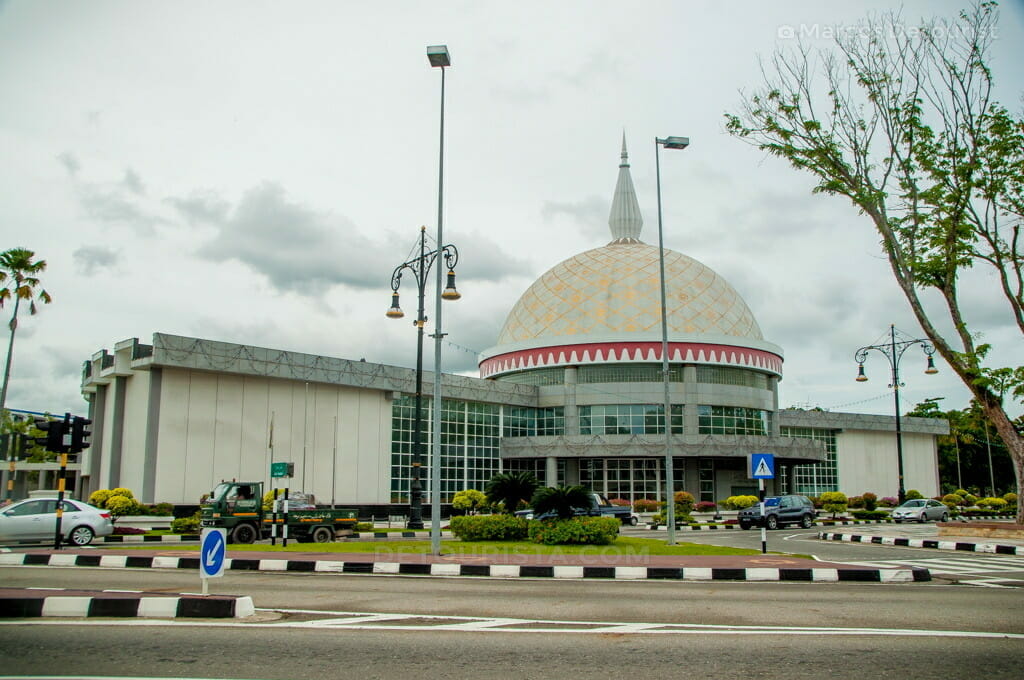 Save on Google Maps.

Bandar Seri Begawan is home to many museums that showcase the colorful history, culture, and grandeur of the monarchy. Popular museums include the Brunei Darussalam Maritime Museum and Royal Regalia Museum.

Many of Brunei’s museums are located within or a short taxi/bus ride away from Bandar Seri Begawan city center. See the list below for opening times, location & travel tips. 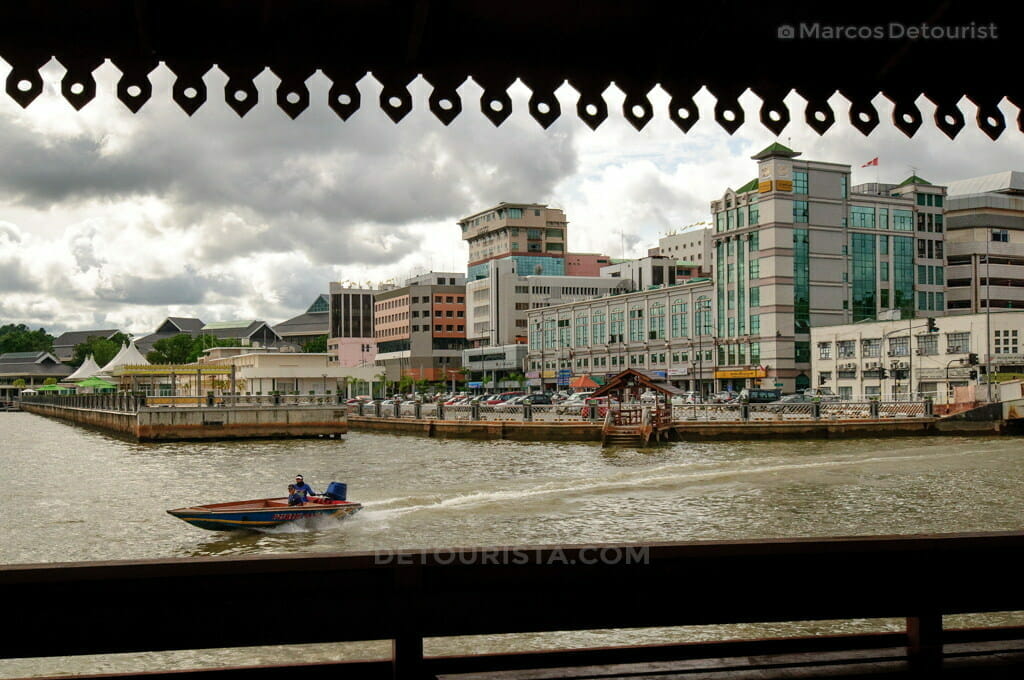 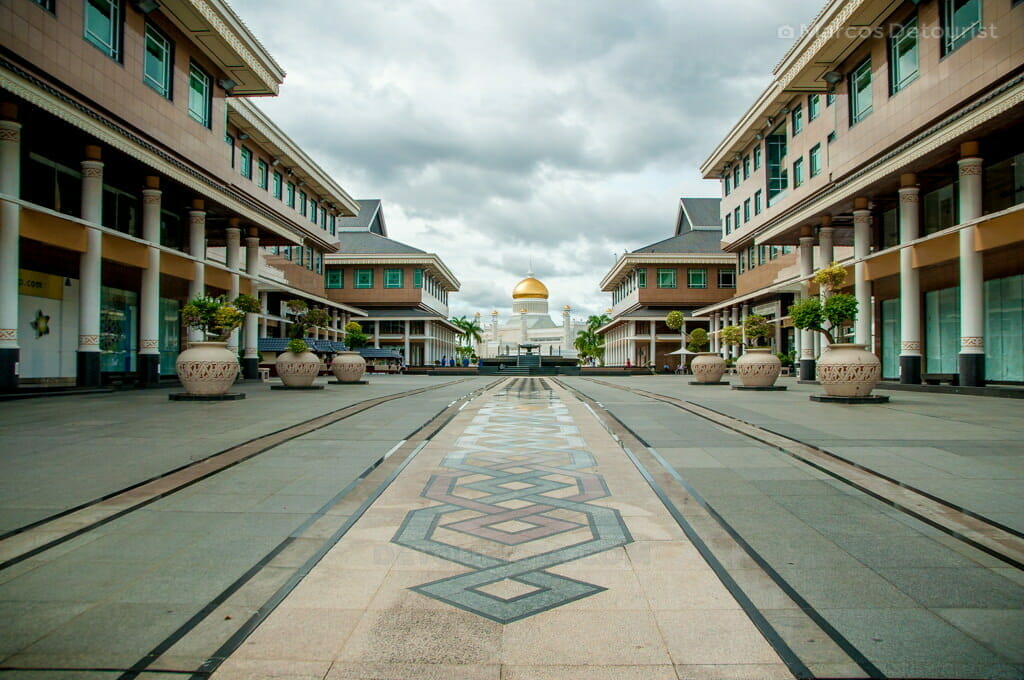 Bandar Seri Begawan’s city center is small, very compact, easily explored on foot. Occupying much of the city is a sprawling shopping mall called Yayasan Sultan Haji Hassanal Bolkiah Complex, which reflects a mix of traditional and modern architectural styles. Head to the waterfront for a nice view of the Brunei River. 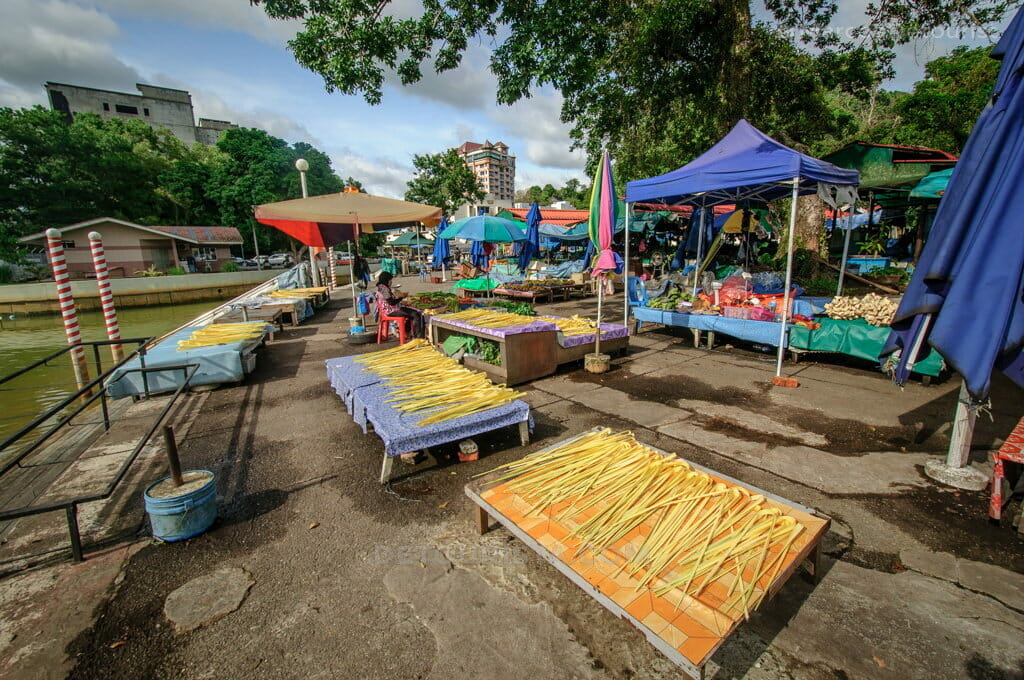 This market, especially busy during the early morning hours, is a great way to see and photograph local life in the city. It also has many food stalls that prepare ready-cooked local food.

What places have you added to your bucketlist? Have you been to beautiful places in Brunei that should be on this list? Feel free to share your thoughts!

Places to visit in Brunei

Brunei tourist spots, things to do in Brunei, where to go in Brunei & more.

Book your way to Brunei

How much does it cost to travel to Brunei? Click below to compare flight, ferry & buses fares posted on these booking sites:

Where to Stay in Brunei

Click below & search recommended Brunei hotels/hostels/home rentals within your budget. Remember to set your min/max price, travel dates, and sort by review ratings. I often book online with these trusted booking sites below for rock-bottom prices & convenient bookings.

8 Places To Visit in Kota Kinabalu

8 Places To Visit in Kota Kinabalu

25 Places To Visit in Indonesia

20 Places To Visit in Malaysia 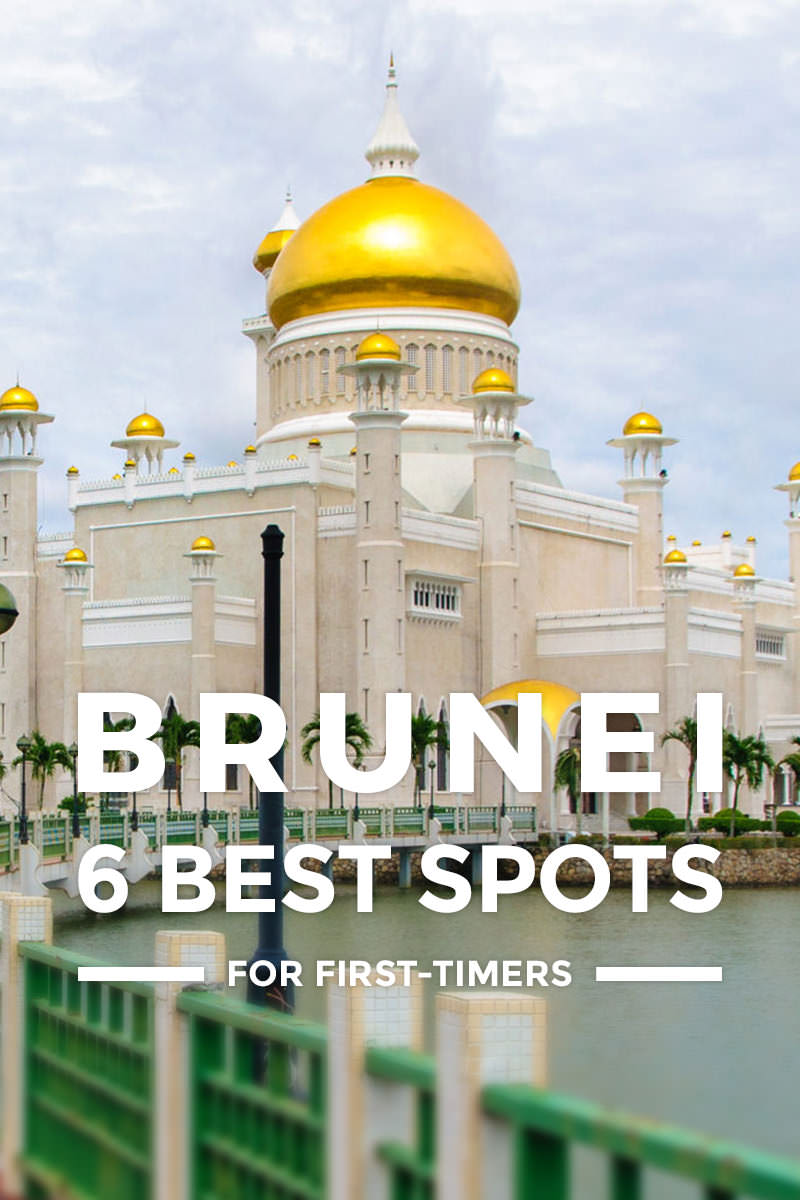