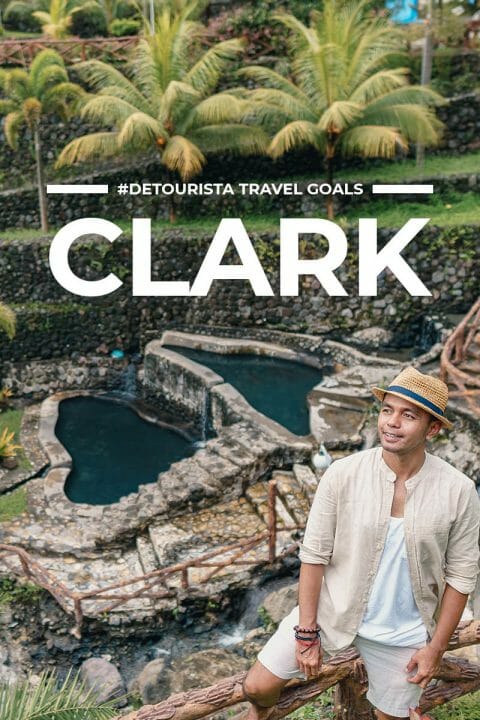 Located within a 1.5-hour drive north of Manila, Clark is a rapidly developing tourist destination and economic zone in Central Luzon, Philippines. It is home to Clark Airport, one of the busiest international gateways to the country.

Spanning multiple cities and towns on the border of Pampanga and Tarlac Provinces, the Clark area offers many opportunities for adventure, culture, entertainment, leisure, and business.

There’s a lot of things to see and do in the surrounding areas as well. Both Pampanga and Tarlac are filled with historical landmarks and beautiful natural sights. Known as the “Culinary Capital of the Philippines,” Pampanga, in particular, is a haven for food lovers.

Ready to achieve your Clark travel goals? Scroll down to see the list of popular tourist spots and top attractions. I’ve also included places to see and things to do in Angeles City and nearby areas.

This place is a must-try adventure from Clark. Puning Hot Springs is located at the foot of Mount Pinatubo. 12 thermal wading pools are found on the cliff-side and offer amazing views. An exhilarating 4×4 offroad vehicle takes you there from the jump-off station at Sapang Bato, Angeles City. Along the way, you can enjoy the breathtaking landscape formed by the lahar of the volcano.

After a visit to the hot spring, experience the unique volcanic sand spa at Puning Station 2. This treatment involves getting buried to the neck under heated volcanic sand, which promotes relaxation and relief from rheumatic pains. Next, you’ll be taken to the mud pack area where mineral-rich volcanic clay is applied to your body to help cool down your body. The mixture is said to have therapeutic properties.

The Clark Museum features the history of the Clark area: its journey to becoming the biggest American Base outside the United States to how it’s now transformed as Central Luzon’s biggest hub for leisure, entertainment, and gaming. You can learn about the history and culture of Pampanga and Mount Pinatubo’s eruption as well. Next door, the 4D Theater offers an immersive presentation about the history of Clark, present transformation and future development.

Fronting the Clark Museum is the Stotsenberg Park, also known as the “Parade Grounds.” Here, you can go for a wonderful walk or run along the tree-lined jogging trail. The large open space was originally used for the Air Forces ceremony and parade exercises.

Take a break with your family and friends. Spend a fun day at Aqua Planet Waterpark, the largest waterpark in the Philippines. in Clark, Pampanga. There are 38 water slides and other attraction including two wave pools, adrenaline-pumping rides, and the Kiddie Zone.

Experience the “Jurassic Park” feels at Dinosaurs Island. The park is a fun place to learn more about the dinosaur era. One of the main attractions here is the Dino Trail where you can see life-size moving animatronic dinosaurs. Other zones include Insectlandia, which features giant insects of the Mesozoic era, the Unearth Museum, where you can find giant dinosaur fossils, and the Wonders of the World, which is filled with replicas of famous landmarks around the World.

Angeles City is a historical place with many well-preserved heritage sites. Standing prominently in the old town center is the Holy Rosary Parish Church, formerly known as Santo Rosario Church and today fondly called by locals as “Pisambang Maragul” (“Big Church”). Built in the late 1800s during the Spanish-colonial era, the church is one of the most famous landmarks of the city.

Located across the street from the Holy Rosary Church, the Angeles Museum or Museu ning Angeles houses exhibits about the history of the city and its people, and the rich culinary culture of Pampanga Province. The building is a heritage site as well, built in 1922 as the Municipio del Pueblo (Town Hall) of Angeles City.

The Pamintuan Mansion, also known as the Museum of Philippine Social History, is a must-visit heritage house and historical site. Standing for over a century, the well-preserved structure features beautiful interiors and exterior architecture. Here, you can learn about the history of the Pamintuan Mansion and get a glimpse of everyday life back in the day. The site is where the first anniversary of the declaration of Philippine independence was celebrated, spearheaded by Gen. Emilio Aguinaldo.

Mila’s Tokwa’t Baboy is the place to go if you want to try Pampanga’s local dishes including their famous Tokwa’t Baboy (fried tofu and boiled pork), crispy Sisig (deep fried port cheek, seasoned with onions and chili peppers), Paco Salad and Chicharon Bulaklak. This humble hole-in-the-wall eatery has been serving patrons for over 30 years.

25 Seeds serves traditional Kapampangan favorites with a modern twist. Located in the Dycaico Ancestral House in historic downtown Angeles, this farm to table restaurant maintains a homey ambiance complemented by stylish interiors. 25 Seeds is a tasty and visual treat reflecting the old and the new.

Where to go near Clark

Save on Google Maps.

Daring to visit an active volcano? Mount Pinatubo is a popular tourist destination, easily accessibly from Clark. Go on a thrilling 4×4 offroad adventure with views of the breathtaking lahar landscape and a guided hike up the active volcano to see the massive crater lake.

Prado Farms is a cool and unusual place to visit in Lubao town, Pampanga. This 5-hectare eco-resort is Instagram-worthy, filled with whimsy and a rustic feel. Here you can also indulge in farm-to-table food and a unique eco-lodge experience. Click below to book online.

Places to visit in Clark

Clark tourist spots, things to do in Clark, where to go in Clark & more.

Where to go near Clark

What places have you added to your bucketlist? Have you been to beautiful places in Clark that should be on this list? Feel free to share your thoughts in the comments!

15 Places To Visit in The Philippines 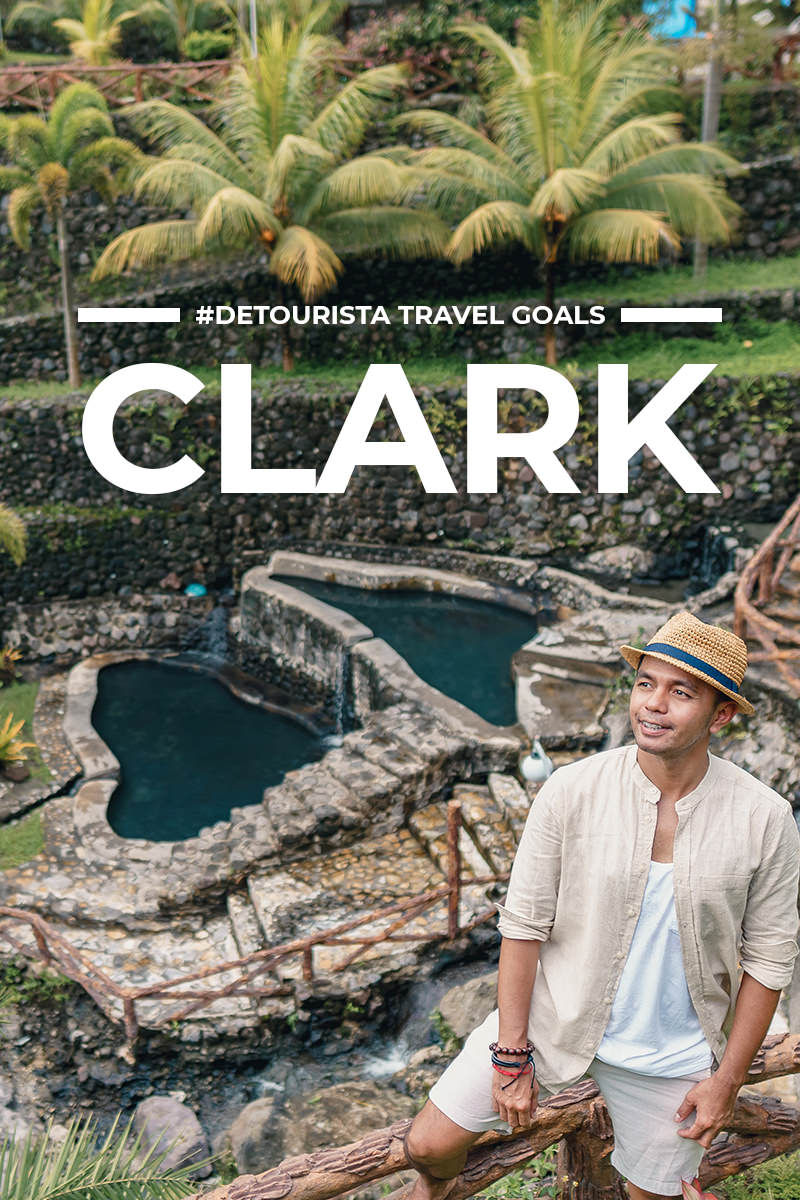 15 Places to Visit in Cagayan de Oro and Northern…

13 Places to Visit in Kalibo and Aklan + Things To…

15 Places to Visit in Florence and Tuscany + Things To Do