For many foreigners visiting the Philippines, or Filipinos based in the provinces heading to other countries, Metro Manila is just a jump-off point. The country has spectacular beaches, islands, mountains and offbeat natural sights in the provinces and the countryside. But to get there, you often have to pass by Manila, where the airport is located.

Like any big city, the bustling capital of the country has its faults. It’s notorious for its traffic jams and gritty vibe. But it’s not without its charms. As a long-time resident, I often take it for granted. But for first-timers who’ve never been here, many of the sights and sounds are worth visiting.

If you’re a first-time tourist and have a day or two to spare, here’s a look at some of the places you can visit while in the metro. 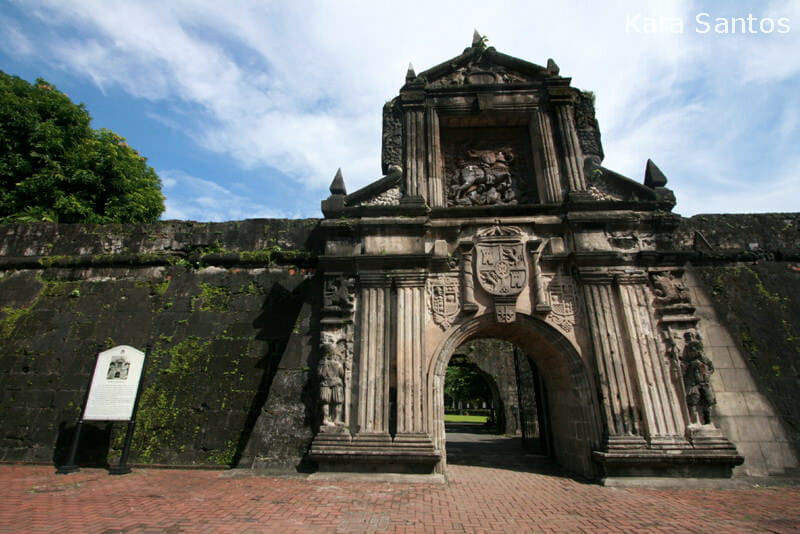 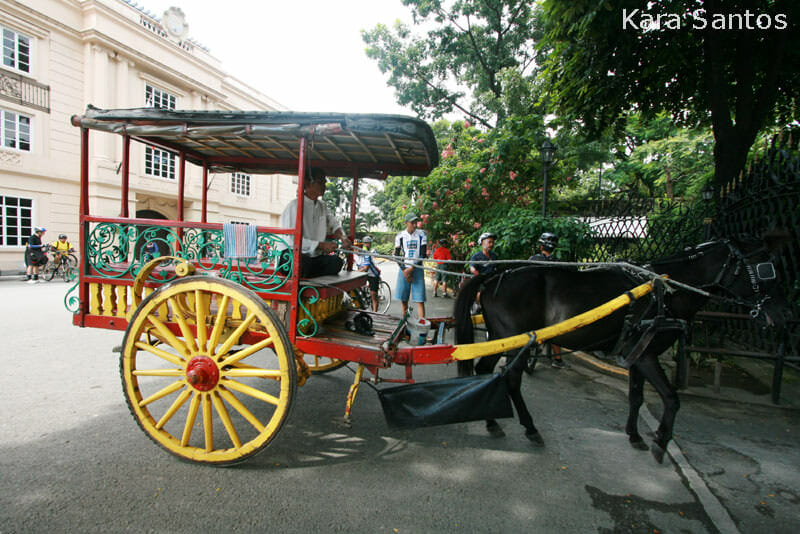 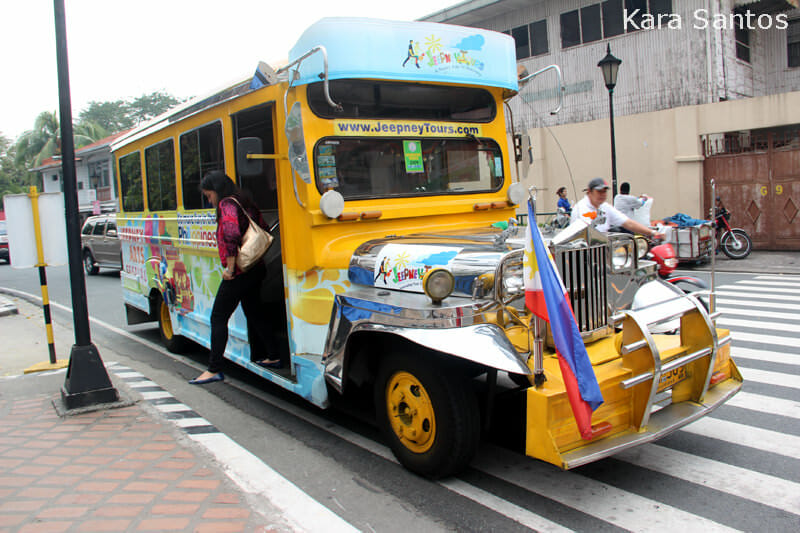 Known as the “Walled City”, Intramuros, the oldest district and historic core best represents Manila’s rich history. It’s the only district of Manila where visitors can still see Spanish-era architecture. Intramuros offers a good destination for those keen to learn more about the history, architecture and culture of Manila.

How to go — Take the LRT1 to Central terminal station. Follow the LRT1 along A. Villegas until you get to Natividad Almeda-Lopez (2 blocks). Turn right at Natividad Almeda-Lopez, and walk past Manila City Hall towards Padre Burgos (1 block). Cross Padre Burgos towards Intramuros. For guided walking, biking or jeepney tours, be sure to reserve slots beforehand as pre-arrangements are required.

Places to see + things to do

Ride a kalesa, a traditional horse-drawn carriage. around to visit the sights.

Visit the Baroque San Agustin Church, one of the four churches in the Philippines inscribed as a UNESCO World Heritage Site.

Hop on a Bambike (a bamboo bicycle) to visit various historical and cultural places.

Take a unique tour aboard an air-conditioned jeepney which has a built-in karaoke so you can sing your way through traffic.

Dine and watch a cultural show at Barbara’s Restaurant. 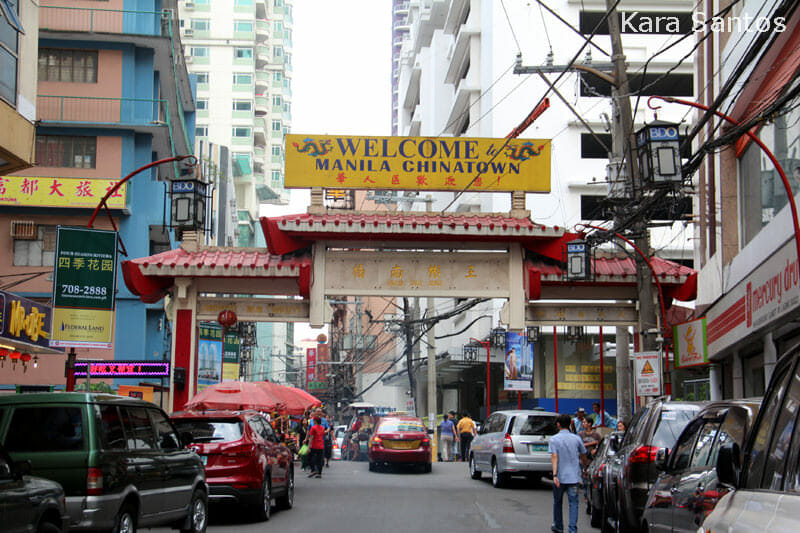 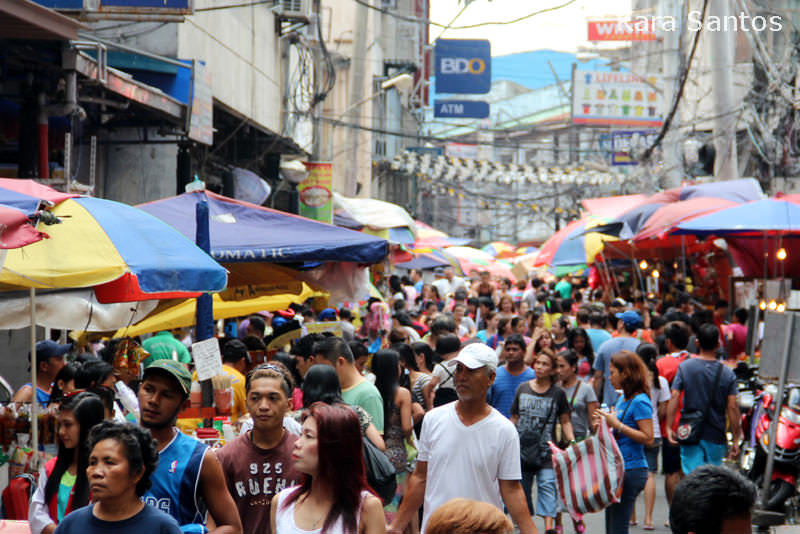 Said to be the world’s oldest Chinatown, Binondo in Old Manila is a haven for foodies looking for an authentic experience beyond fast food malls and restaurants in the metro. Its influence extends beyond to the places of Quiapo, Santa Cruz, San Nicolas. For the more adventurous ready to brave crowded alleys, head to nearby Divisoria, known for its wide assortment of low-priced goods and wholesale and bargain shopping.

Attractions + what to see

Lots of cultural and historic points of interest for urban and street photography. 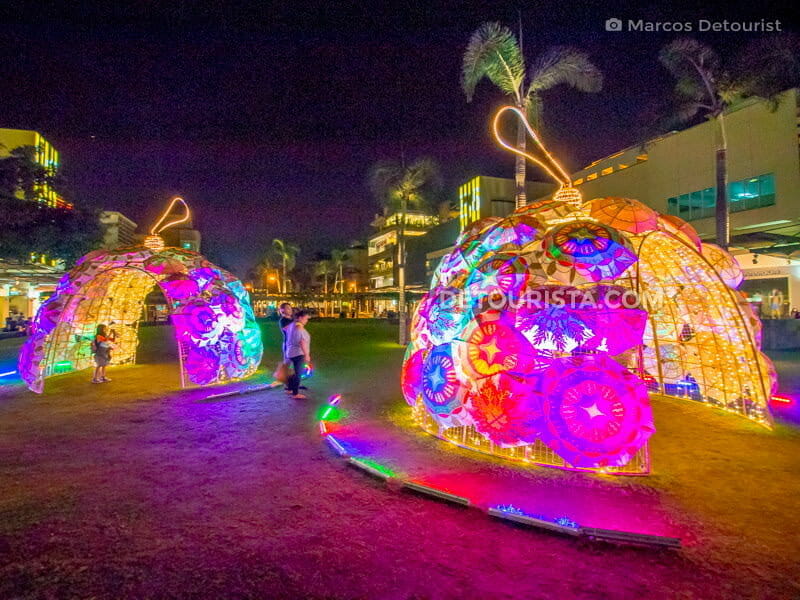 Bonifacio Global City or BGC is the financial district of Taguig City in Metro Manila. Bonifacio High Street is an urban enclave with retail outlets, pedestrian-friendly walkways, restaurants, and bars. This is a good destination for business or leisure travelers or those looking for hip nightlife.

How to go — From EDSA, get down at Ayala and look for the bus terminal of The Fort buses (at the gate of Forbes across Shell Station) bound for Fort Bonifacio. If you’d like a guided street art tour, go to the Alveo Showroom on Bonifacio High Street, where walking tours depart daily at 5:30 PM.

Nature parks and art installations within parks and pocket gardens.

For those traveling with kids, family and kid-friendly establishments in the area include the Mind Museum and KidZania.

For a taste of Philippine-made craft beer, head to The Perfect Pint, The Bottle Shop or The Brewery at the Palace. 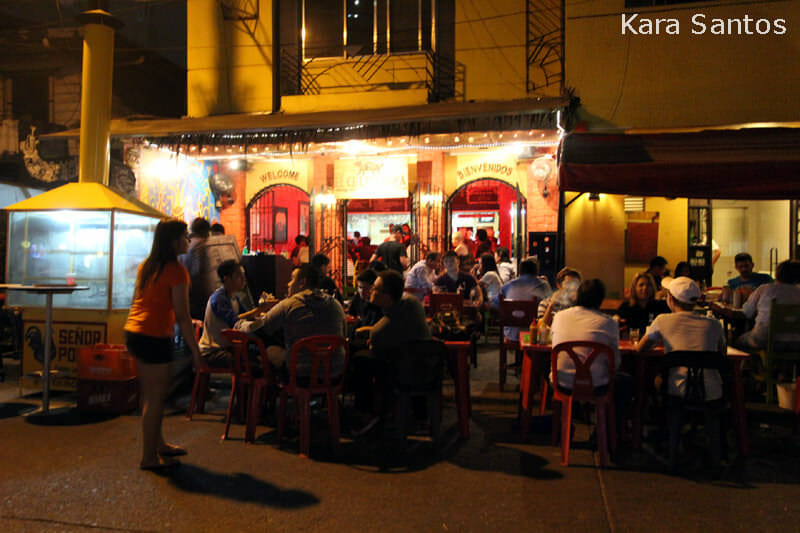 The old downtown area (poblacion) of Makati is one of the major business districts in Metro Manila and serves and the city’s center of government, culture, history and entertainment. The commercial area bounded by the streets of Polaris, P. Burgos, and Makati Avenue are a major entertainment and dining hub catering mostly to foreign tourists and expats.

How to go — From EDSA, ride the MRT and get down at Buendia station. Ride a jeep going to JP Rizal/Poblacion.

Places to go + things to do

Vibrant streetside hangouts such as El Chupacabra and Tambai.

Near major malls and venues where special events and concerts are held. 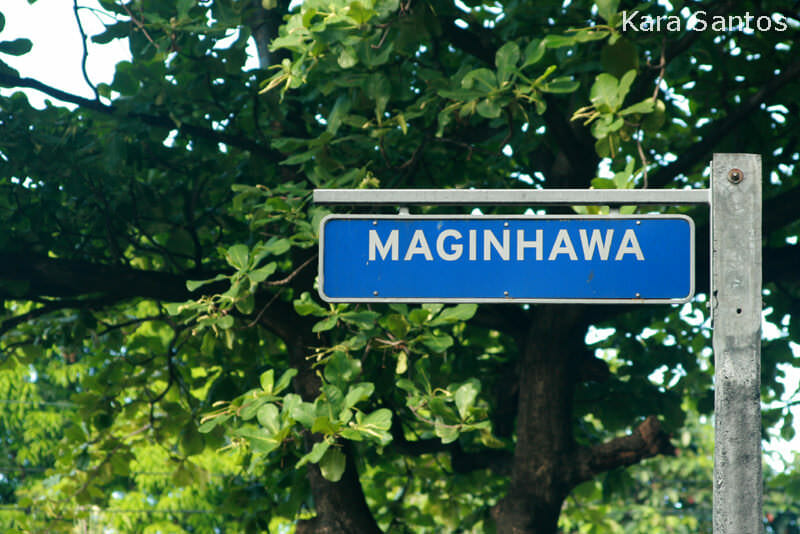 Maginhawa and nearby streets in Teachers Village, Quezon City have collectively become known as a food and art district with a growing number of dining establishments, artistic hubs, indie bookstores, and shops. The former residential area is near several university campuses and attracts mostly a student crowd and families.

How to go — From EDSA, ride a northbound bus and get down at Philcoa, then take a tricycle to Maginhawa Street. Restaurants and food parks can get crowded during the weekends, while many establishments are closed on Mondays. For the best experience, visit during weekdays or early dinner during weekends. Most restaurants close fairly early at 10:00 pm, while food parks are open until later.

Lots of budget-friendly eats and a variety of food options.

For foreign tourists looking for an introduction to Filipino food, the best options would be:

Provenciano: A semi-fine dining restaurant featuring specialties from different provinces of the Philippines.

Gerry’s Jeepney: A themed restaurant where you can enjoy boodle fights (military style of eating where rice and viands are places on leaves on a long table where guests typically eat with their bare hands). The restaurant contains several booths in the form of the iconic jeepneys, Manila’s most popular mode of transport.

For more adventurous foodies, look out for stalls along the street where vendors sell famous Pinoy street food such as balut, isaw, kwek kwek and betamax. 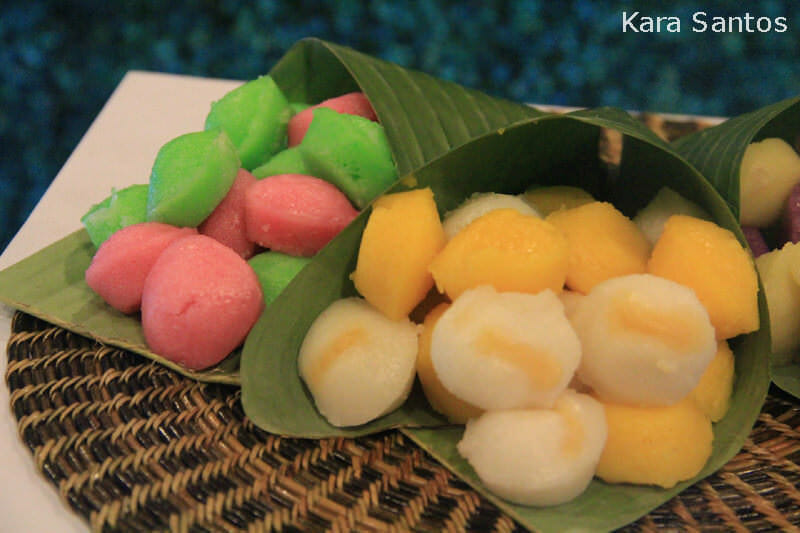 Tiendesitas, located along C5 in Pasig City, is a shopping complex with bazaars specializing in clothing and retail, antique furniture, souvenirs, pets, and native food. On Sunday nights, they hold a cultural show here. Bands also play during the weekends.

How to go — From EDSA, ride a bus or MRT and get down at Shaw Boulevard Station. From the EDSA Central terminal, ride a jeepney bound for Ugong, Pasig. This jeepney will bring you directly to Tiendesitas. Operating hours from 11:00 am to 12:00 midnight.

Where to go + what to do

All-in-one destination for your shopping and dining needs.

Kalesa rides are available from 4-9 pm.

For those traveling with kids, there are kid-friendly spots nearby including Fun Ranch, Ark Avilon, Las Farolas and Jump Yard Trampoline Park. 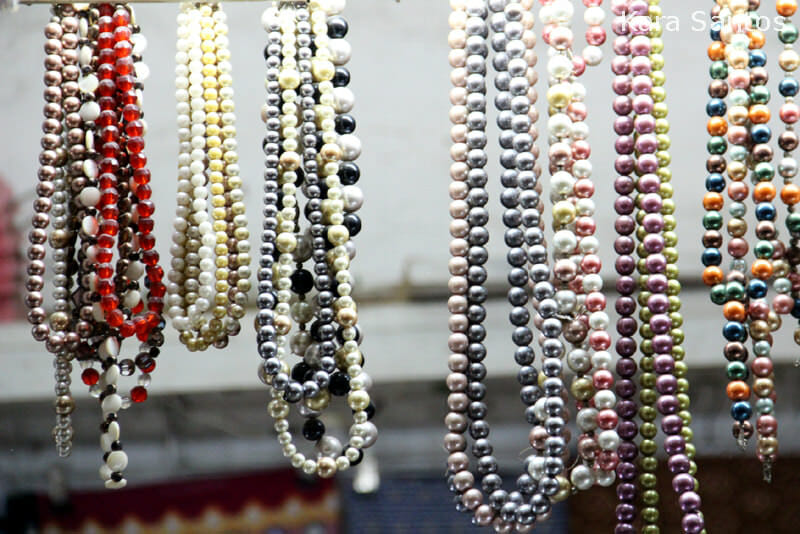 For those looking for some serious retail therapy, Greenhills Shopping Center is one of the most recommended destinations. Balikbayans and foreign tourists love to buy pearls, bags, budget-friendly knock-off shirts, and shoes. There are also a lot of modern dining options here.

How to go — From EDSA, make your way to Ortigas Avenue. From Robinson’s Galleria, ride a jeep to San Juan or take an RRCG/G Liner bus to Quiapo, and get off at Greenhills. Mall hours are from 10:00 am to 8:00 pm from Sundays to Thursdays and 10:00 am to 9:00 pm on Fridays and Saturdays. Cinemas and restaurants are open until later into the evening.

Shop from over 2,000 entrepreneurs’ stalls and shops within the complex’s tiangge or flea market.

Buy quality antiques and the best selection of genuine pearls in the country.

Special shows and events during December, including “Christmas on Display” (C.O.D.), a lifesize mannequin show.

Serves as venues for concerts, live comedy shows, and other theatre shows. 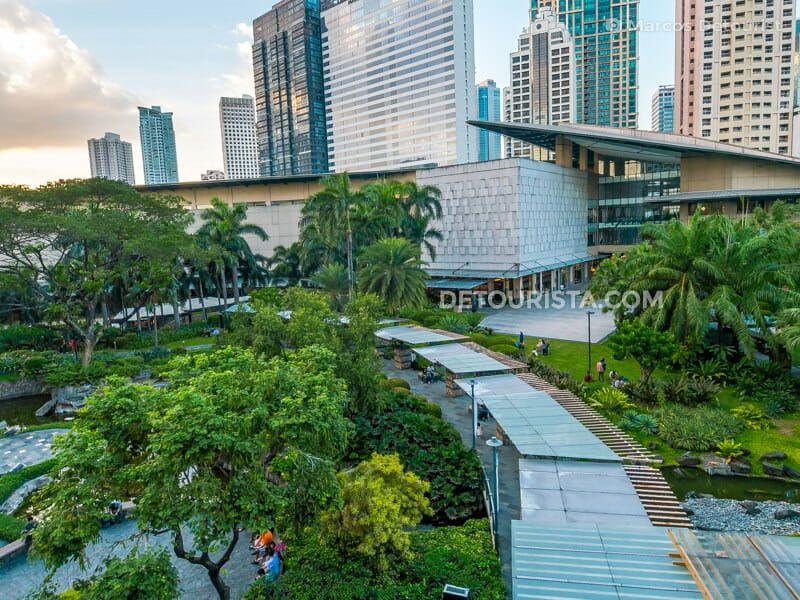 This major commercial development in the booming business district of Makati offers various recreational, shopping and dining experiences. Its central location and accessibility make it a good base for business and leisure travelers.

How to go — From EDSA, Ayala is easily accessible by bus and MRT. Malls and hotels are within easy walking distance from one another.

Places to see + things to do

Wide array of shopping malls to choose from.

Unwind at night with the favorite Filipino pastime — karaoke — at the many KTV joints such as RedBox Karaoke. Mall of Asia, one of the largest shopping malls in the Philippines, is home to numerous shops, restaurants, bars, cinemas and an IMAX theater. Behind Mall of Asia is an esplanade that offers a stunning view of Manila Bay during sunset.

How to go — Take the MRT to Taft terminal station. Walk through the connecting bridge towards LRT-1-EDSA station. Ride an orange jeepney going to SM Mall of Asia (MoA). Mall hours are from 10:00 am to 10:00 pm.

What to see + tourist places

Shop or dine at Mall of Asia.

Ride the Mall of Asia Eye, a 55-metre (180 ft) tall Ferris wheel at SM By the Bay Amusement Park.

Enjoy the sunset at the baywalks.

Choose from among the row of al fresco restaurants facing Manila Bay and order a bucket (6 bottles) of San Mig Light or Pale Pilsen. 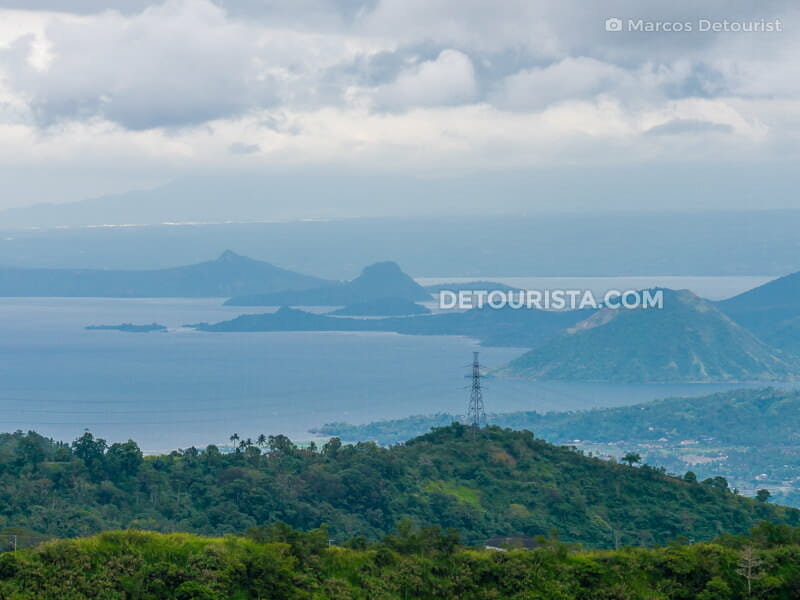 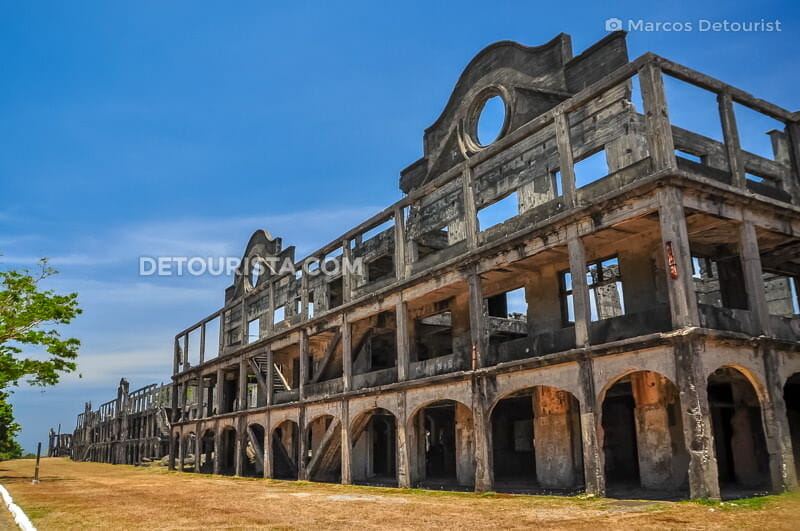 Beautiful destinations + where to go

Enjoy nature and art at Pinto Art Museum in Antipolo.

Take a road trip and dine with a view in Tagaytay, Cavite.

Explore WW-II ruins on the historic island of Corregidor.

Explore homegrown cafes, B & Bs and artist’s shops in any of the establishments included in Viaje del Sol, an art and culture tour around Laguna Lake.

Places to visit in Manila 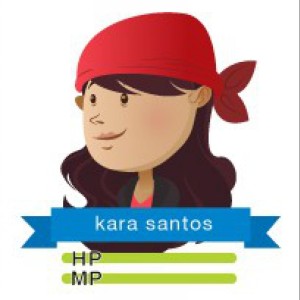 Kara Santos is a Manila-based freelance writer and the travel blogger behind Travel Up.

10 Places To Visit in Manila

32 Places To Visit in The Philippines 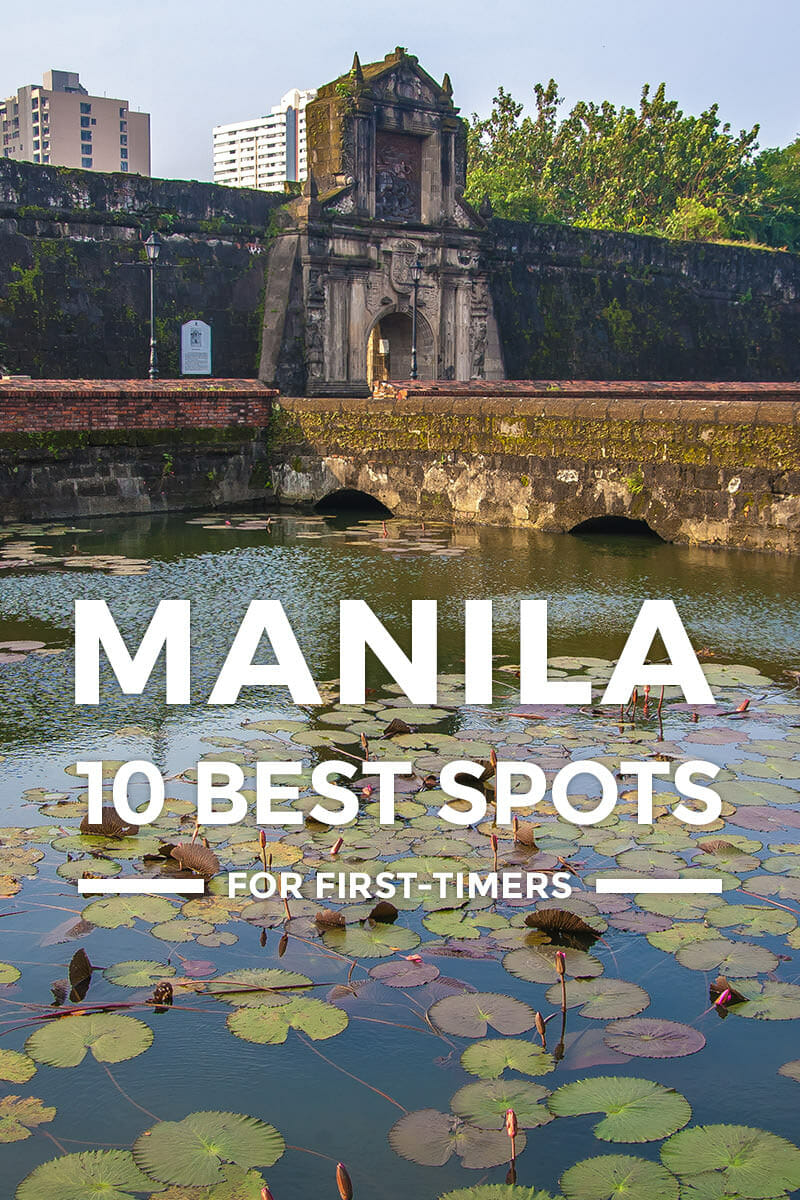 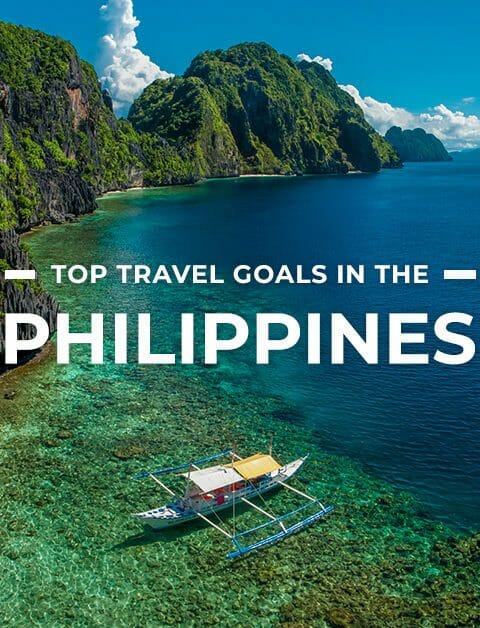 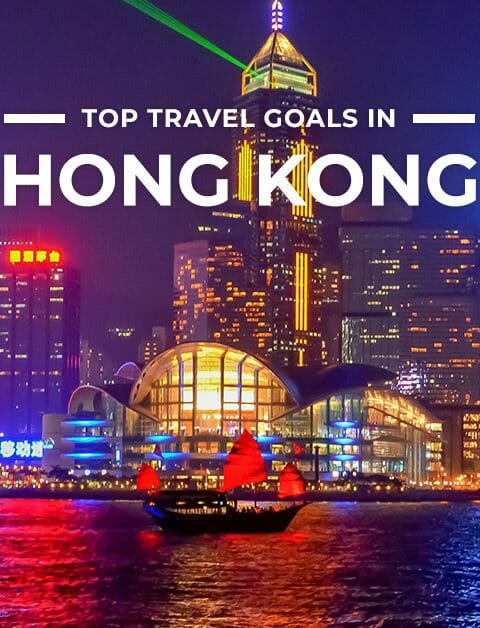 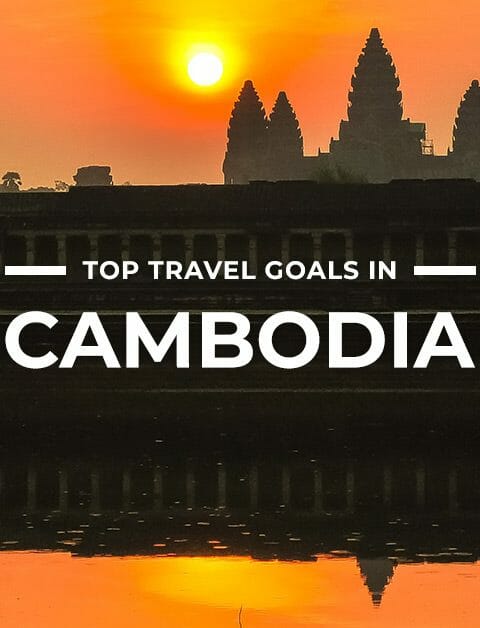 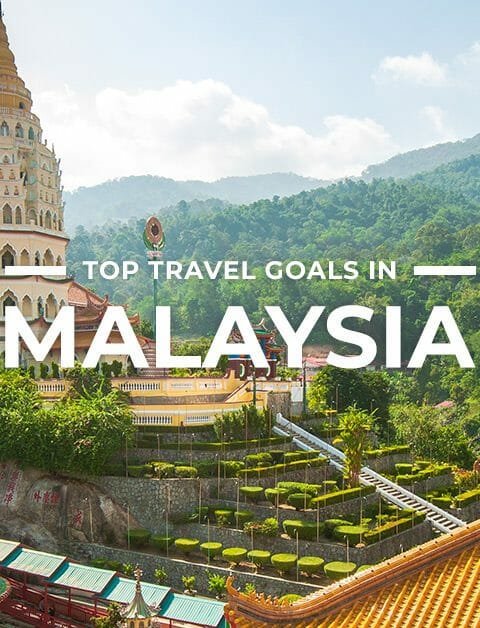