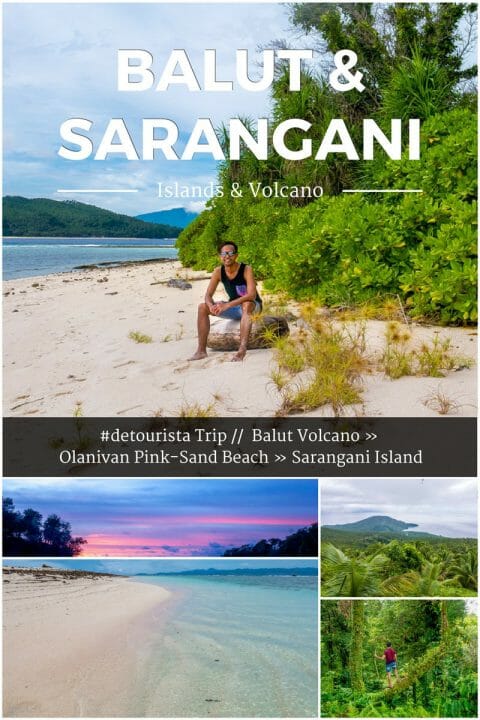 Marcos journeys to Balut & Sarangani Islands, one of the Philippines’ most remote island groups, found in Davao Occidental. 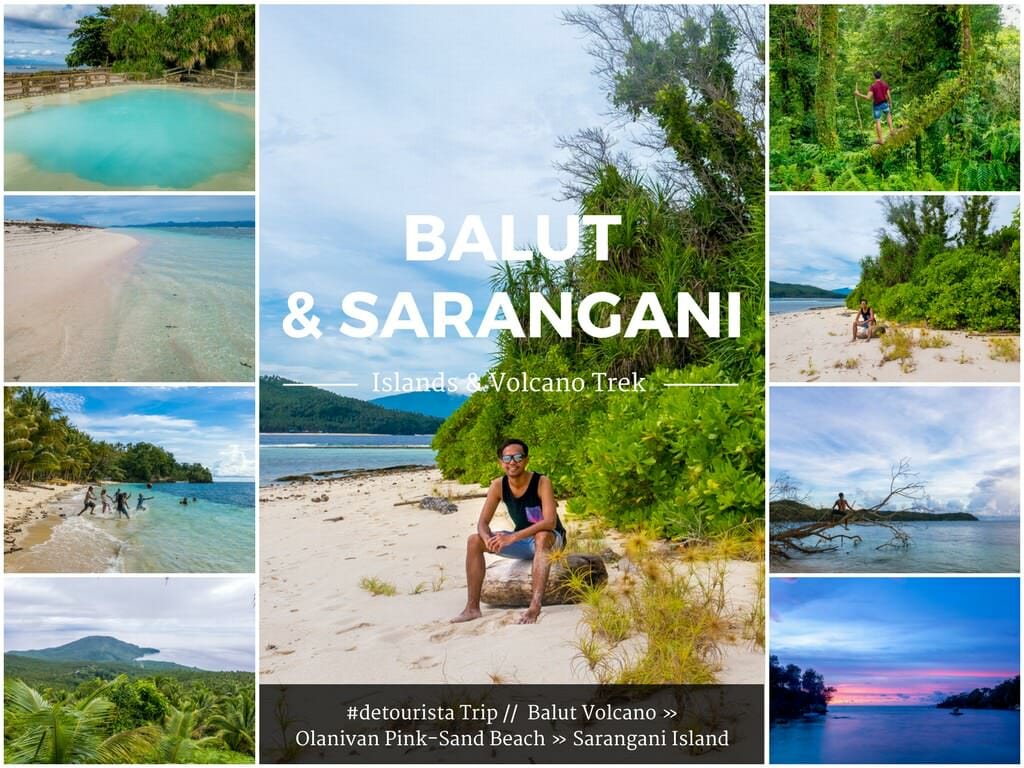 From General Santos and our South Cotabato trip, an 8-hour overnight ferry brought me and Regine to the Sarangani Islands, one of the Philippines’ most remote island groups.

As expected, these parts were very much offbeat. In fact, we were the only tourists for almost the entire time we were there.

After arrival in Balut Island, we trekked our way to the forest-topped summit of Balut Volcano, the highest peak on the Island.

The cloudy weather did not stop us from seeing faint views of east Indonesia. We even saw what could be remote northern islands of Sulawesi or Maluku.

On our island hopping tour, we found a pink-sand beach at tiny Olanivan Island!

As well as many scenic beach coves in Sarangani Island.

Before heading back to General Santos, we made a final stop at Sabang Hot Springs and enjoyed a lazy afternoon at the town proper while waiting for the return ferry to the mainland.

8AM — Sarangani Municipal Hall / tourism office courtesy call — Since we didn’t have contacts for the guide prior to our arrival. We had to wait for the offices at the municipal hall to open, and ask assistance on how we could go about the trek. They were so helpful and assigned us a guide for the day.

10AM — Balut Volcano summit trek — Trekked the whole way to the summit. Then, went back to the town proper mostly by habal-habal (motorcycle taxi). P500 per guide.

2:40AM — Arrival at Balut Volcano summit.

Trek back down to Brgy. Gomtago Proper

The area surrounding Mabila Port in Balut Island is the town proper or poblacion of Sarangani Islands. It is part of the Municipality of Sarangani in Davao Occidental Province. It gets confusing because there is also the similarly named Sarangani Province found in mainland Mindanao. Sarangani Island (singular) is a separate island located beside Balut Island.

7AM — Start Sarangani Islands boat tour — P1,900 per boat (including next day return journey, back to Mabila).

Places featured on this trip:

16 Beautiful Countries in Asia
January 1, 2020
Ready to go on your epic Asian adventure? Here's a list of my favorite countries to visit in this massively diverse continent.