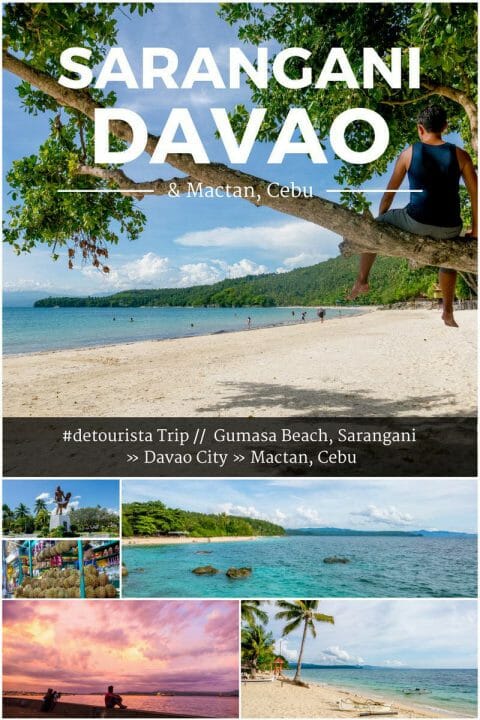 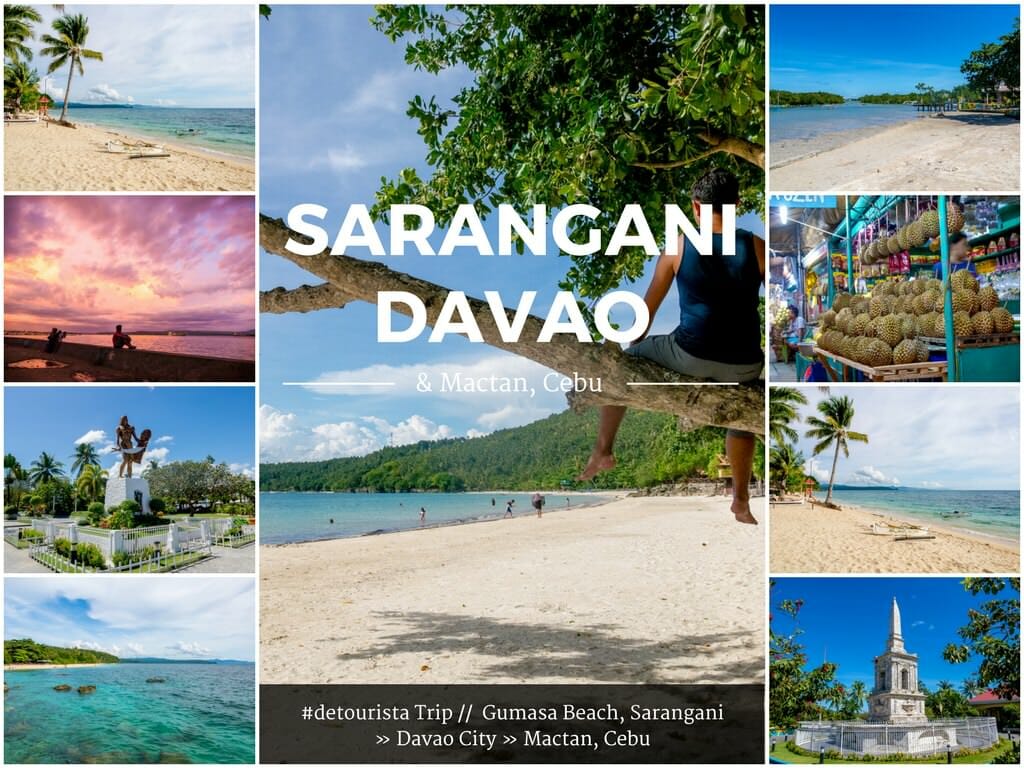 After a 3 day trip in Balut & Sarangani Islands, our journey continued on land from General Santos to Davao.

Along the way, we did a side trip to Glan in Sarangani Province. This town is home to Gumasa Beach, known as the Small Boracay of the South because of its long white sand beach.

We made sure to check it out, and two more beach coves — Taluya Beach & Isla Jardin del Mar Resort.

We only had one full day to explore Davao and needed a bit of downtime, especially after the tiring treks we did in Lake Holon, Balut Island and Lake Sebu.

So we mostly did food trips in Davao, indulging on cheap P100+  buffets, roadside Durian, and a sunset walk at Magsaysay Park.

As our trip was about to end with the final (direct) Davao to Iloilo flight, we were offered an option to take a connecting flight via Cebu in exchange for a free flight that we could redeem in the future.

We quickly claimed the opportunity since we didn’t have anything important planned that day.

And, found ourselves on a quick layover tour in Mactan Island, Cebu.

From Mactan Airport we had just enough time to go to nearby Mactan Newtown for a quick breakfast and Mactan / Lapu-Lapu Shrine.

Transport to Gumasa Beach on habal-habal — P50 per motorcycle

Places featured on this trip:

16 Beautiful Countries in Asia
January 1, 2020
Ready to go on your epic Asian adventure? Here's a list of my favorite countries to visit in this massively diverse continent.