My fascination with medieval fortresses led me to the historic city of Gwalior in Madhya Pradesh State of India. Gwalior’s hilltop fort caught my attention because of its artistic and ornate beauty, which was unlike the typical militaristic look of the grand fortresses in India.

The Journey to Gwalior

After my visit to Orchha, I traveled to Jhansi aboard a tempo, a large type of auto-rickshaw, (30 minutes; R10) and then to Gwalior by local bus (5 hours; R90).

It had gotten easier to get away with paying the local prices by this time thanks to my ever darkening tan and improving confidence at speaking basic phrases in Hindi. I was highly amused with the experience of being surrounded by the local sights and sounds without anyone suspecting that I was a foreigner. This video of my tempo ride from Orchha to Gwalior captured one of those moments:

I often get irritated with outrageously loud music senselessly blasted during long commutes but, this time, it added to the sense of outladish adventures.

After dropping off at Gwalior Railway Station, I chanced upon an autorickshaw driver who was willing to take me to a few guesthouses for just R10. All the guest houses I noted down earlier were full. Fortunately, the driver found a guest house with a vacant room (R400 per night) for me. 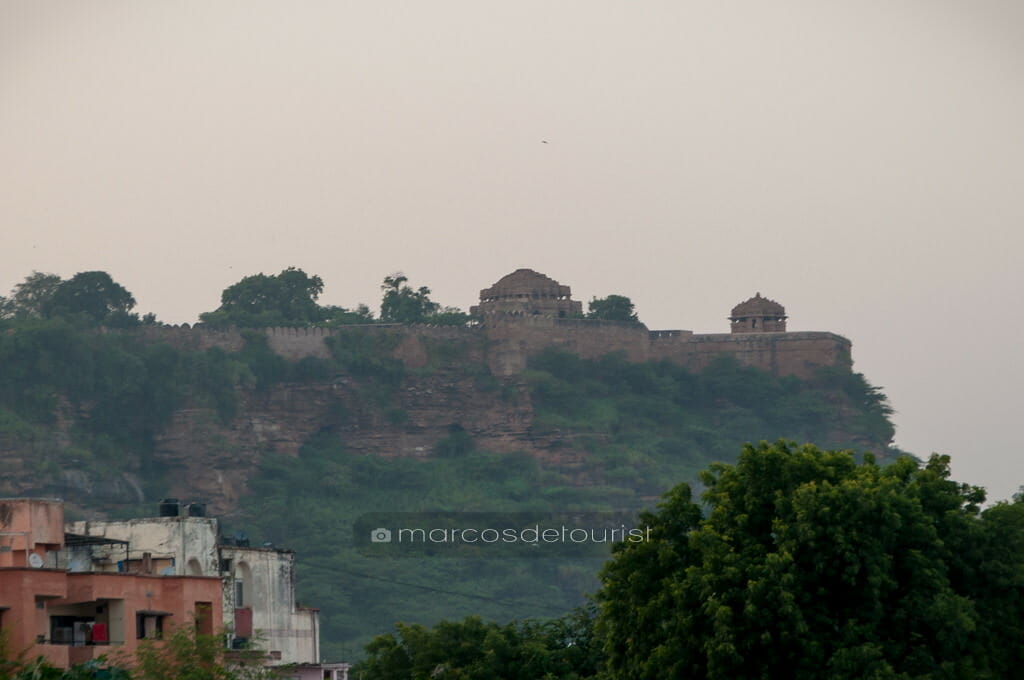 View of the imposing Gwalior fortress walls from the city center. I decided to make a visit the next day since it was already getting dark.

Getting to Gwalior Fort

Come morning, I took two autorickshaw rides to get to Gwalior Gate for only R5 on each leg. I was amazed at how cheaply I had been spending on transportation so far and how well I seem to have blended in like a local.

Before walking up to the top of the hill, I ate breakfast at a sidestreet stall serving cheap and delicious Chicken Briyani (R25). I loved my stomach for not getting sick during my entire one-month trip in India. I’ve met travelers who said that all travelers eventually gets sick from the poorly prepared food and water in India. My stomach did not fail me and I was loving being adventurous on local food.

The Artistic Fortress of Gwalior

Gwalior Fort was built between the 8th century and 14th century on a plateau, which overlooks the whole city. As I conquered steep uphill climb past the lower gates, the beautiful circular towers of the Man Mandir Palace slowly came into view. 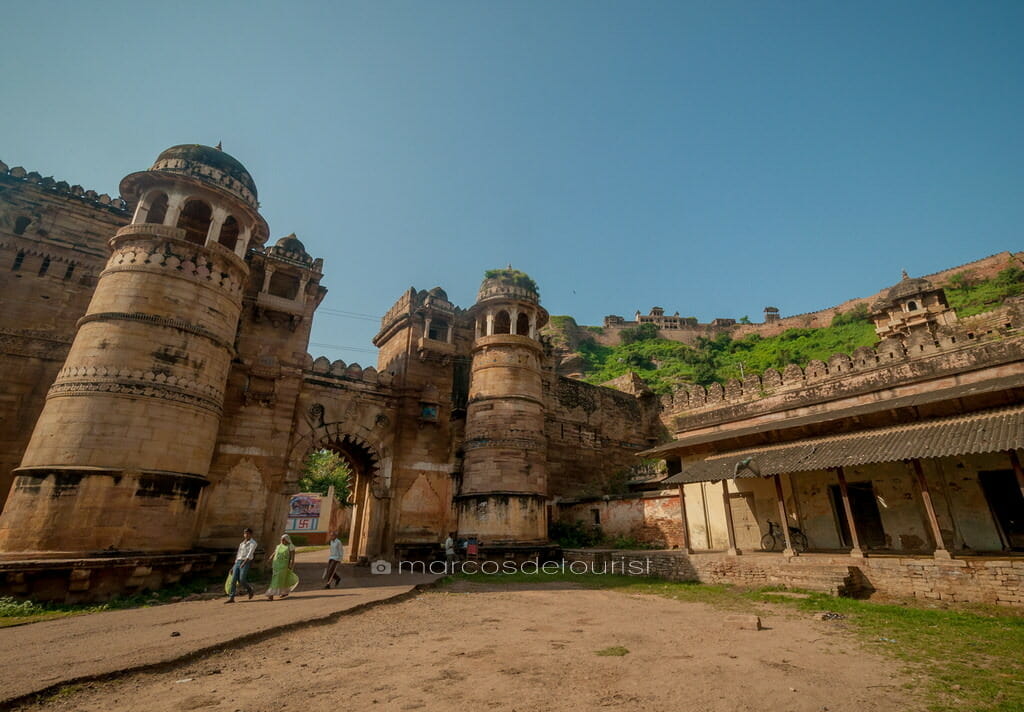 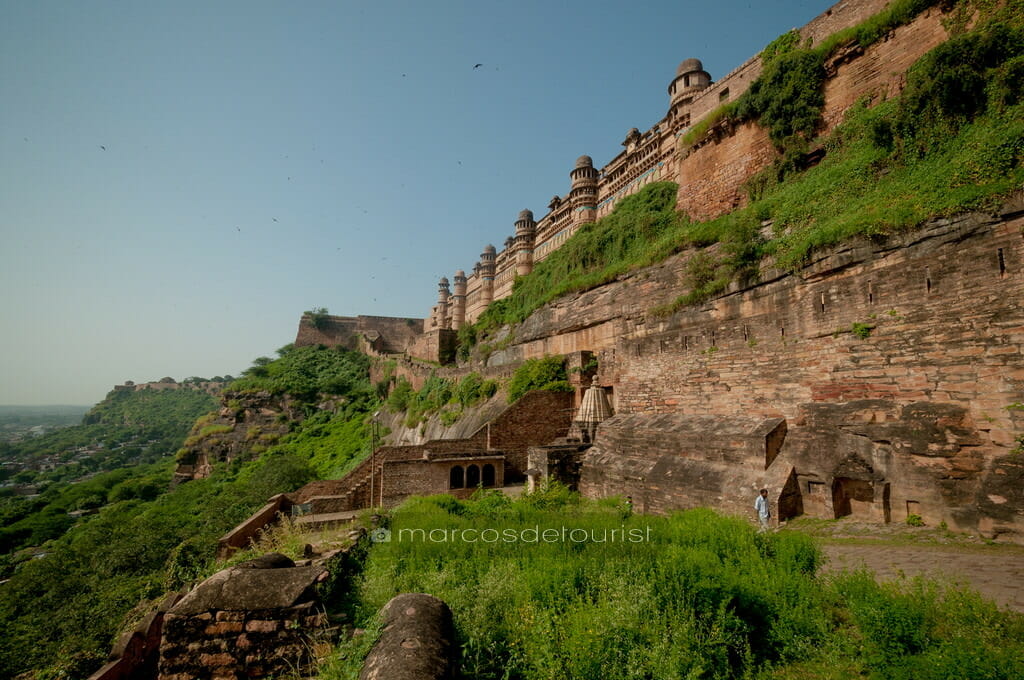 The road to the top.

The Man Mandir Palace, is the most famous structure within the Gwalior Fort. I loved the detailed sculptural patterns and turquoise tiles. There was a pattern of yellow ducks too, which gave off an odd whimsical effect. 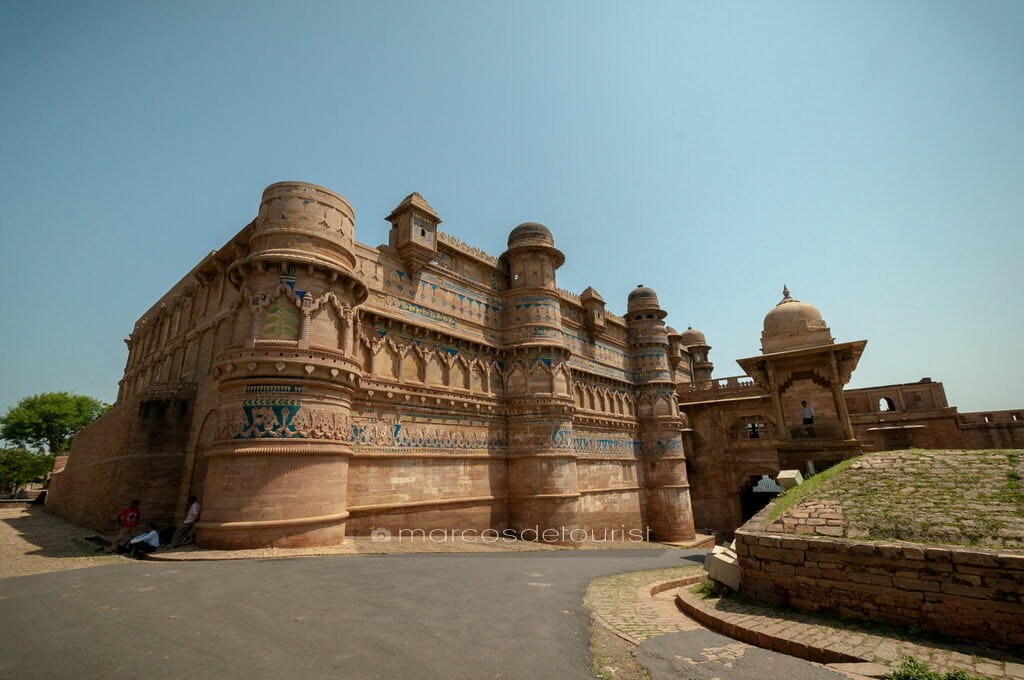 View of the Man Mandir Palace from the main road inside the fortress complex. 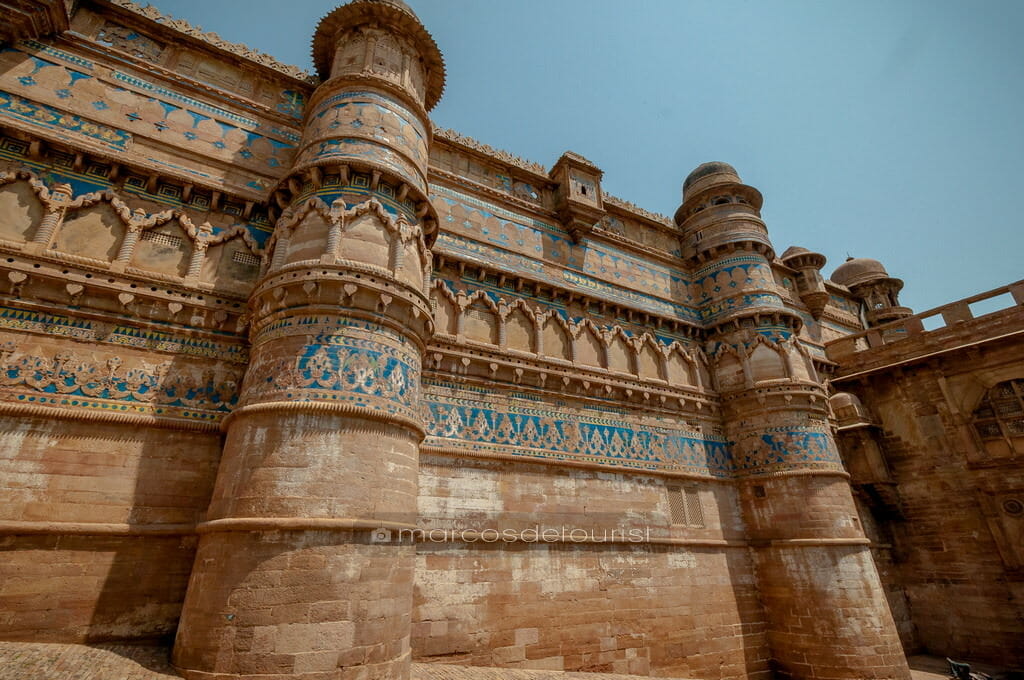 Closer view of the massive and beautifully decorated towers and walls of the palace.

I went inside the Man Mandir Palace with a persistent Indian man who was offering a guided tour. I told him that I wasn’t interested but he tailed along anyway because there weren’t many tourists visiting that day.

The interiors had intimate courtyards that were embellished with the similarly ornate sculptural details. They were my favorite part of the palace and was well worth the R100 admission fee. 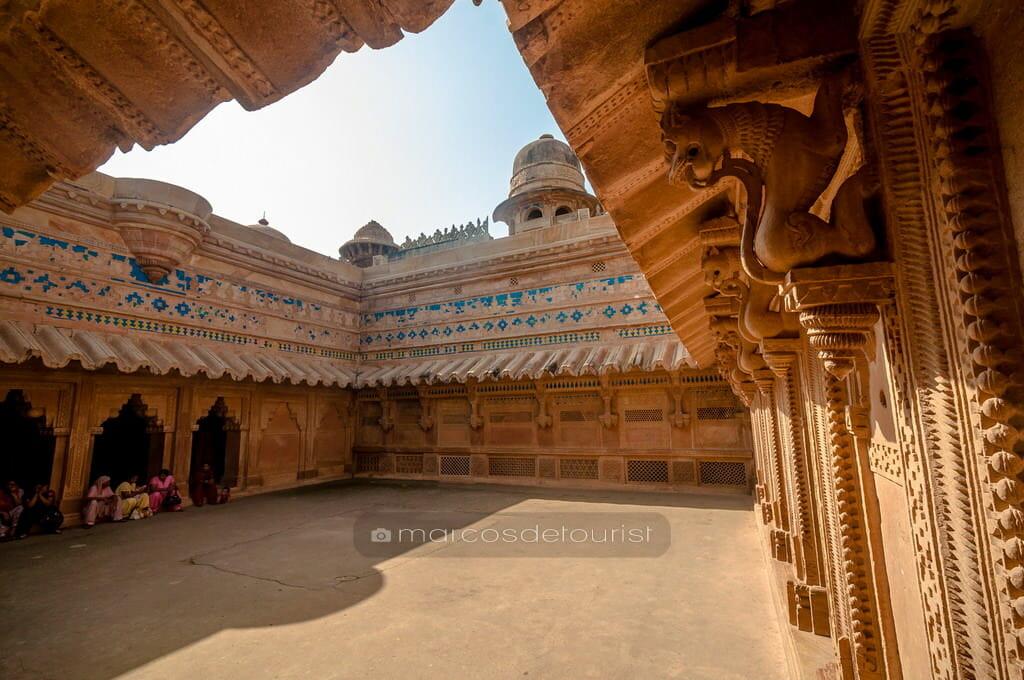 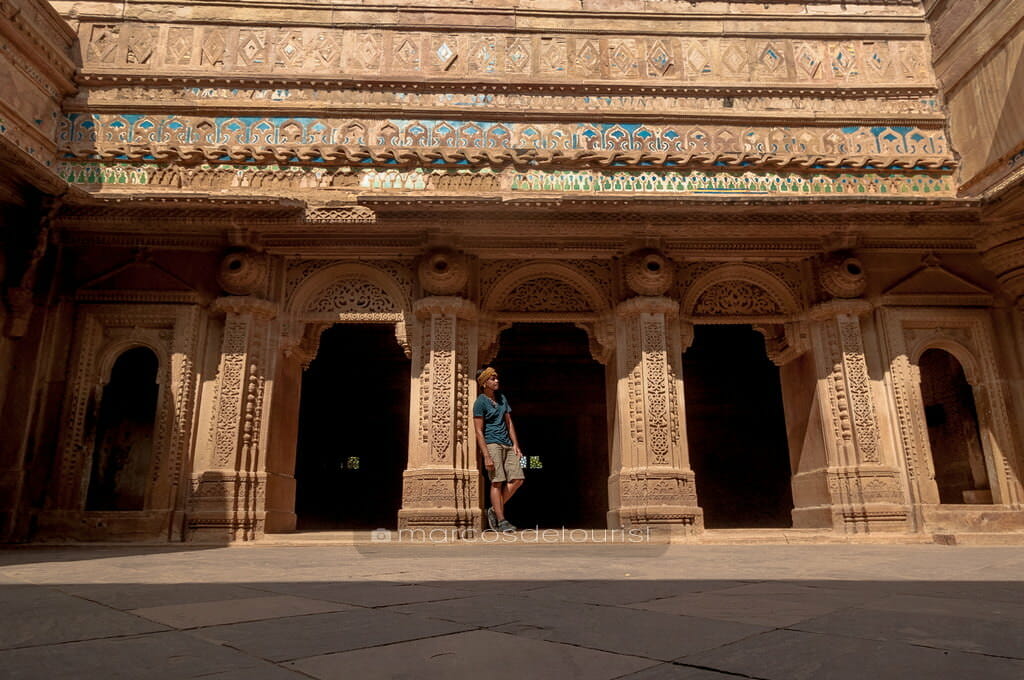 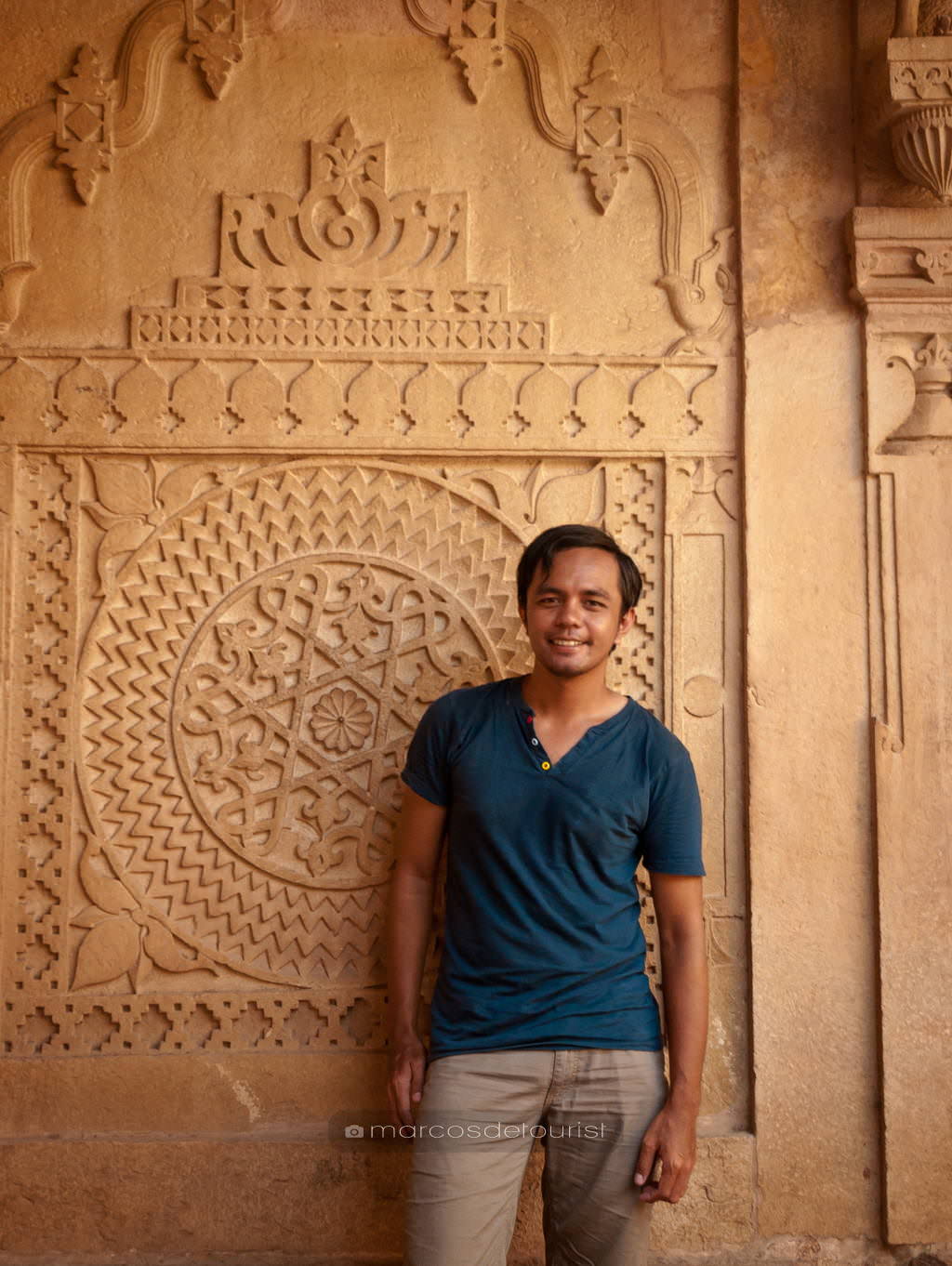 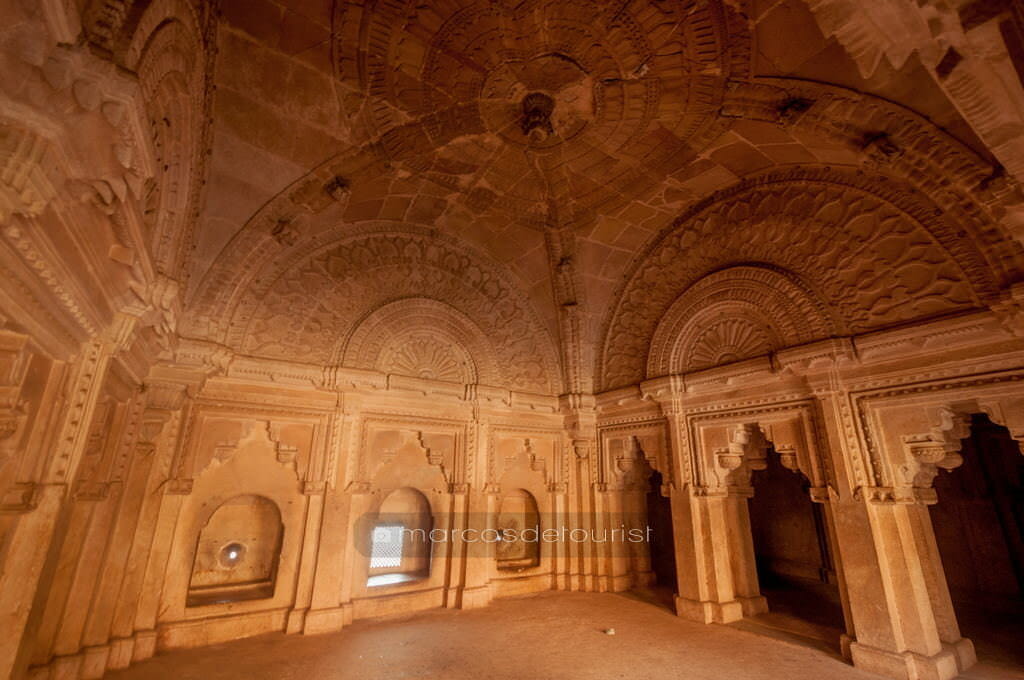 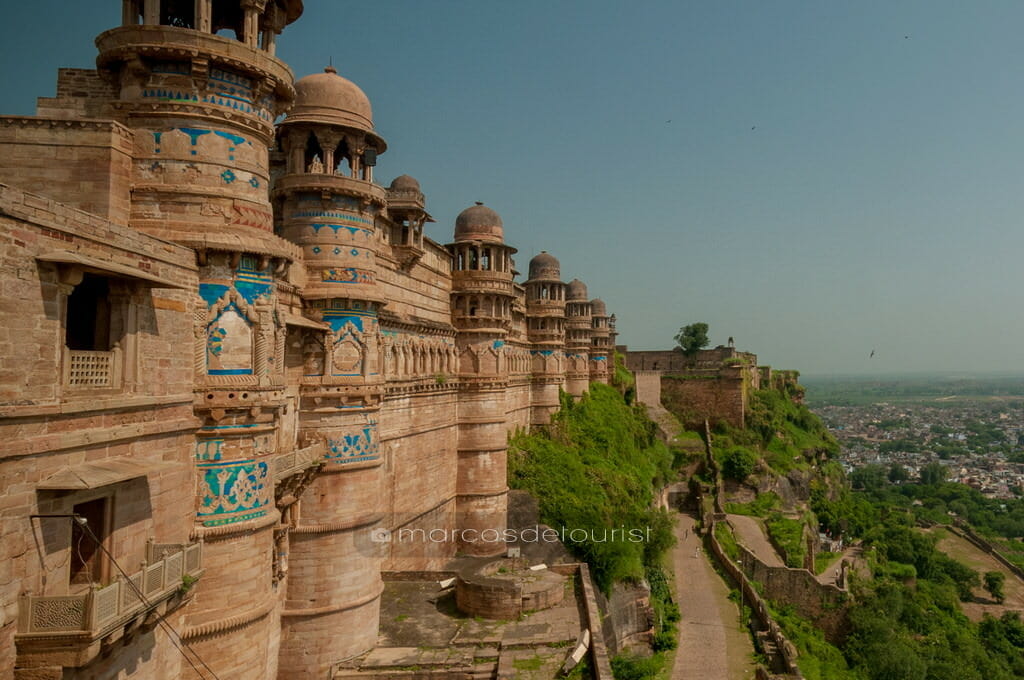 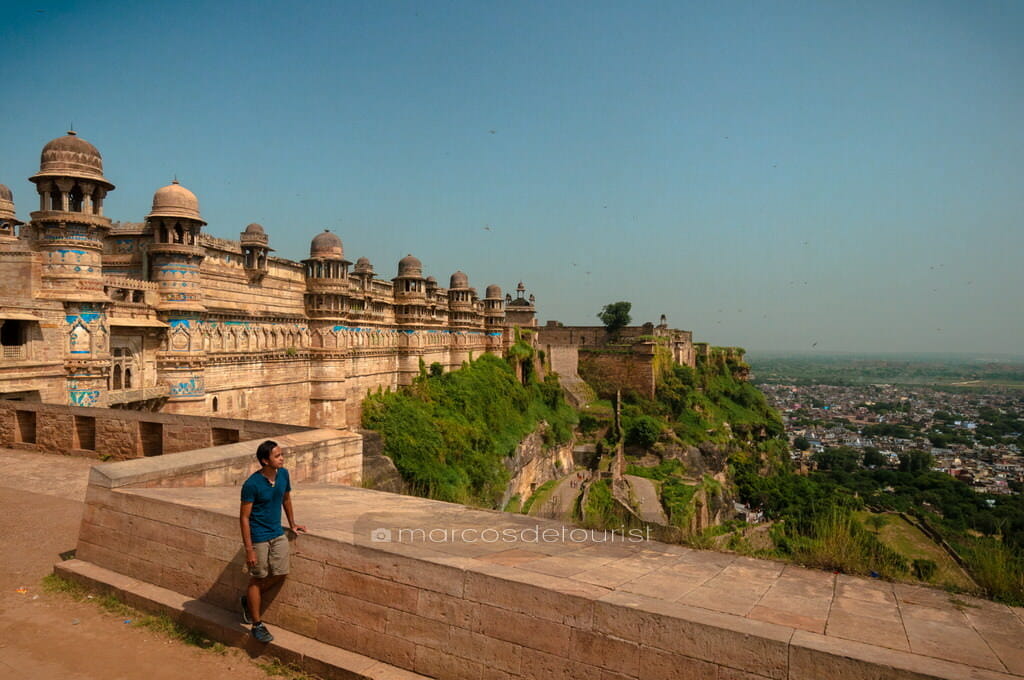 After visiting the Man Mandir Palace, I followed the main road for another hour and saw temples and other interesting structures inside the fortress complex. 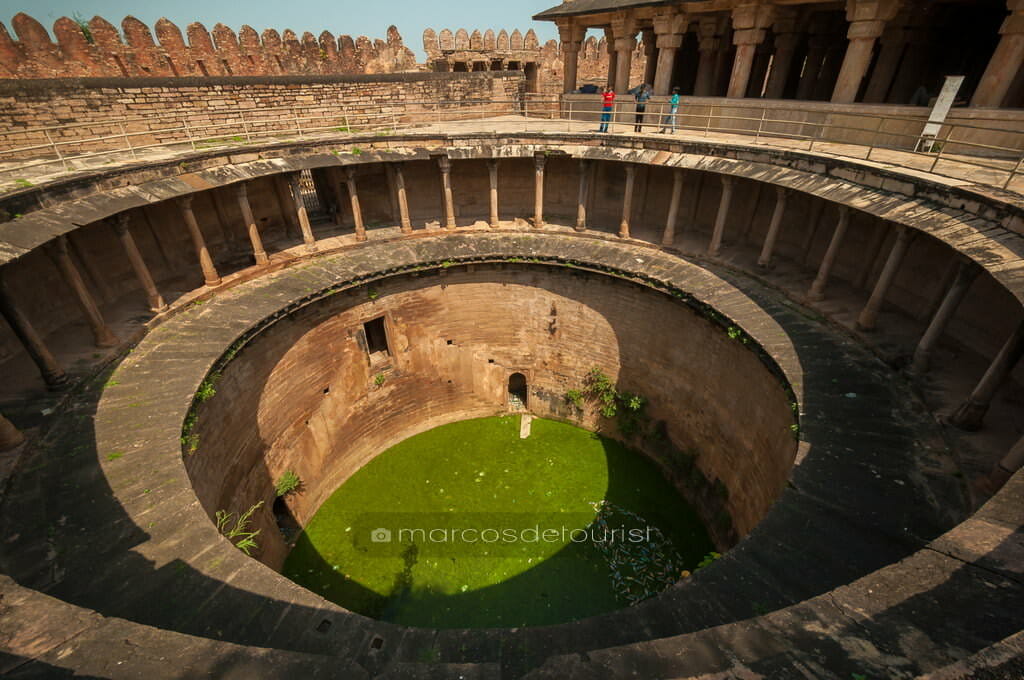 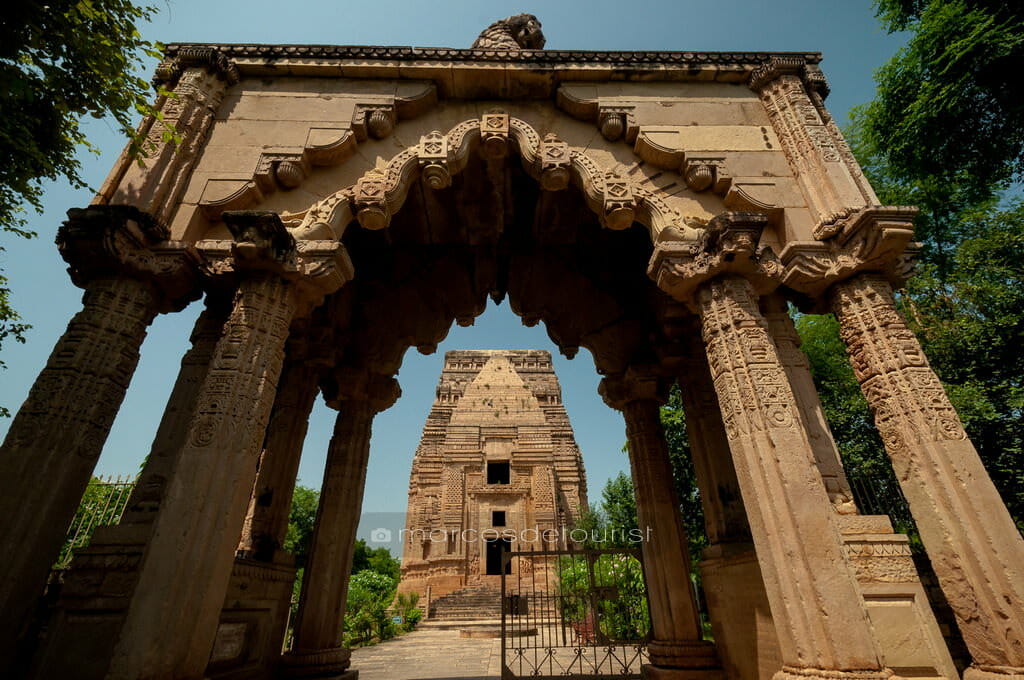 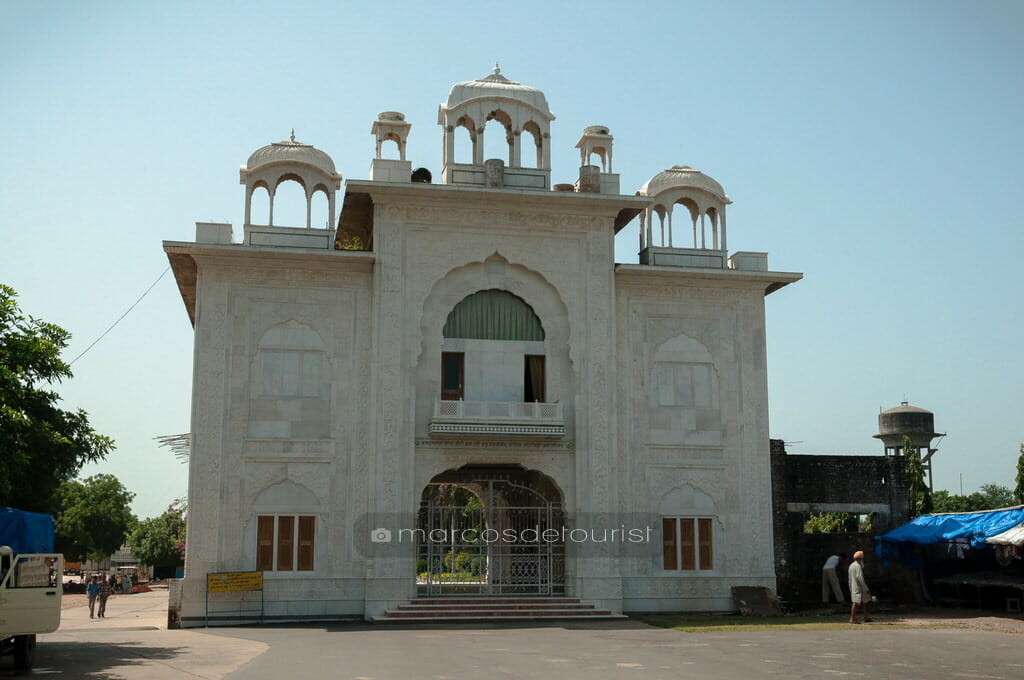 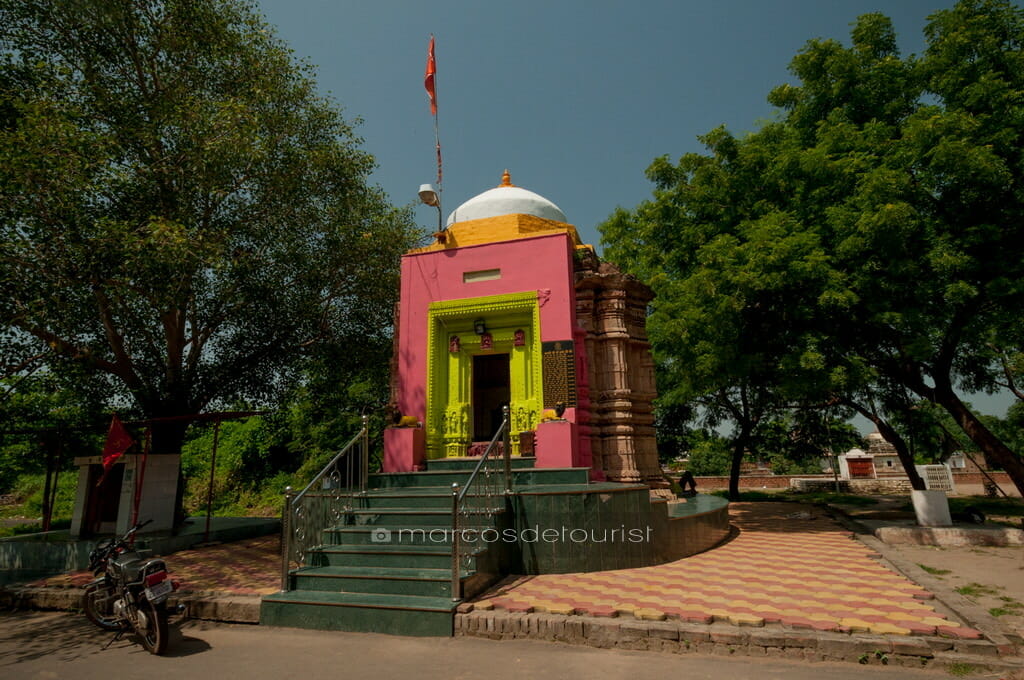 Colorful small temple along the road. Road leading from the Urvayi Gate (West Gate). This was the longer way up Gwalior Fort, which I did not take. Interesting Jain rock-cliff carvings could be seen along this route. I did not get to see all the buildings and temples at the Gwalior Fort because I needed to catch a train in a few hours.

As I was on my way down to the city center, a man on a motorcycle came up for a chat. He introduced himself as the manager of the “fort” (or the office that oversees the fort operations). He even showed me a dodgy-looking ID card. I believed him because he seemed nice, so I took his offer to take me directly to my guest house for R60.

I later found out that the ride was overpriced. R60 only converts to one US dollar, which wasn’t a lot but I was a bit affected because it broke my streak of paying cheap local fares for rides around town. I ate at a nearby Indian Coffee House restaurant while waiting for my train to arrive at Gwalior Junction Railway Station. I ordered their mutton masala, which was delicious and served at a generous portion.

The food shops at railway stations in India almost always seemed to be a good place to start looking for excellent places to eat. I would choose one with lots of locals eating to make sure the food is “safe” and tastes good enough to warrant its popularity.

For the past few days, I had been feeling a bit off, craving for something … but I couldn’t quite put my finger on it. Then I remembered I had been eating vegetarian meals almost the entire time since I arrived in India. I missed my meat! Vegetarian-only restaurants are so common that I would usually check past a few stores to find a place that serves meat. After a 12-hour overnight train ride, I continued my journey to Chittorgarh, home to one of India’s grandest hill fort.

Planning a visit? View more details of my Orchha and Gwalior Itinerary.

14 Places to Visit in North India + Things To Do for…